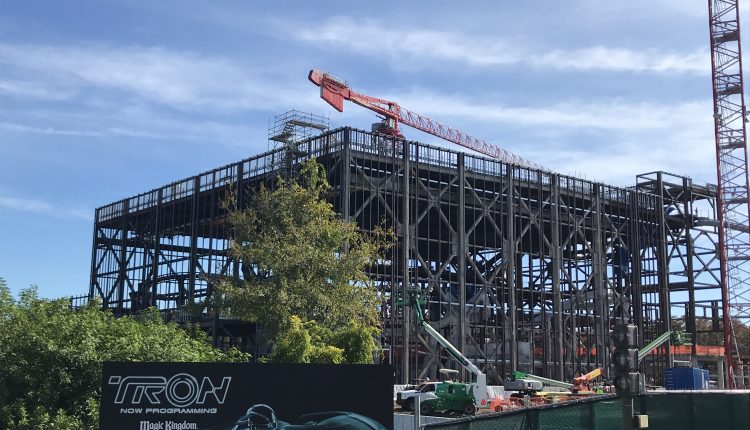 A section of the outer track was covered with plastic to keep it pristine while the work was being carried out. Long sections of tubing lay near the rail. We are excited to see where these will be added on the coaster.

Retaining walls are an important addition to the site. A retaining wall runs along the side of the start on the outside of rebar and concrete support posts.

Another retaining wall was built further away from the track. It’s partially complete. A temporary walkway with railings for crew members was installed at all excavations.

In the past few weeks, the entire area (which has been massively excavated) has been leveled. With this area smoothed out, we will likely see more work on the attraction’s massive canopy, as shown in the concept art.

The TRON Lightcycle Run is slated to open on the 50th anniversary of the Walt Disney World Resort in 2021. We can’t wait until this coaster is ready! Are you looking forward to TRON? Let us know in the comments.