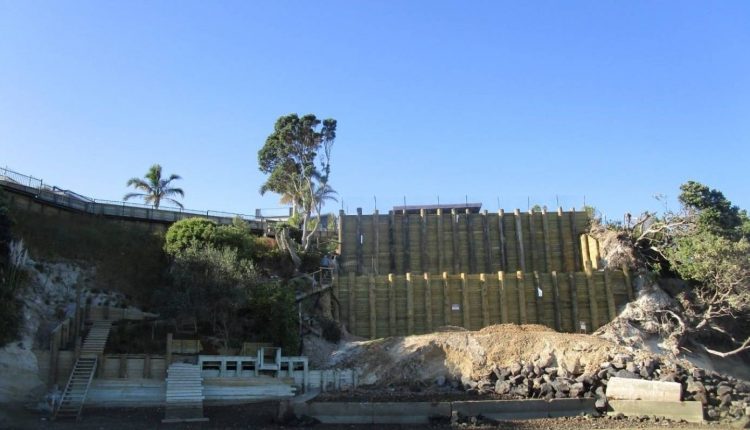 K4 Group Management Ltd has been fined for carrying out substantial erosion prevention work at the company owner’s Beachlands property without council consent.

A company has been fined after it undertook substantial erosion prevention work at the owner’s Auckland property without council consent.

Rocks, aggregates and concrete barriers were put on the foreshore to provide access and a platform for machinery.

The company’s decision to apply for consent retrospectively resulted in a prosecution by the council for the unconsented work and illegal use of the foreshore.

Keshvara pleaded guilty in the Auckland District Court and was fined $41,250 for the breaches of the Building Act and Resource Management Act.

According to Auckland Council, Judge David Kirkpatrick​ described Keshvara’s expectation that the consents would be granted following the construction amounted to a “thumbing of the nose at the regulatory regime”.

The project involved the construction of two large retaining walls and platforms for machinery.

He added that those regimes were in place for good reason, including to protect the environment and the health and safety of the public.

Auckland Council team leader of investigations David Pawson​ hoped the ruling would deter others from undertaking unconsented work on properties which encompass coastal or council reserves.

“The damage to the area can cause major issues, and owners have an obligation to understand the rules pertaining to their property.

“We understand that protecting properties from erosion is important, but we ask homeowners to work with us and apply and gain consent before starting any work.”

The Auckland Unitary Plan stipulates what activities can take place on land and in the coastal marine area, including the foreshore.

“There are general rules restricting the deposition of material in the coastal marine area unless resource consent is obtained for that as a restricted discretionary activity,” the council statement said.

Anyone who is unsure about their obligations before starting a construction project can find information about building or resource consent on the Auckland Council website.