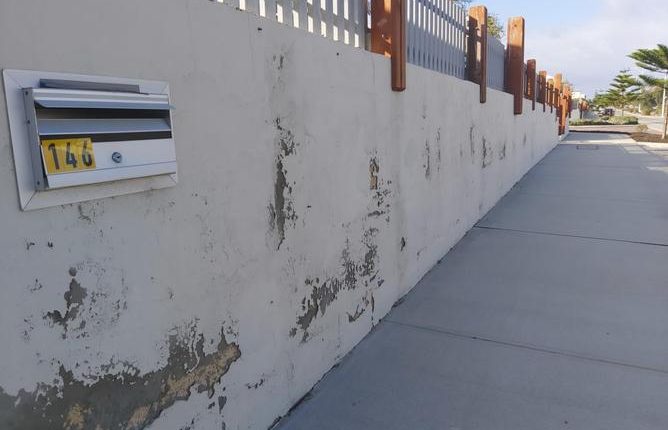 Alkimos residents have been fighting to have the retaining walls in their Shorehaven estate fixed for years, with the developer now locked in a legal battle.

The 2800-lot residential estate by Peet opened in 2010. Warren Walker moved in in 2013. And he says within two years, the cracks started to form in the white rendered walls.

Now, he says most residents who live between Marmion Avenue and Leeward Avenue on Shorehaven Boulevard are impacted.

Your local paper, whenever you want it.

“The rendering, which is cracking and falling off the walls, has been a complete failure both in functionality and physical appearance and defeated the plan of creating a premium entry into the estate.

“This debacle has been going on for seven years.”

Mr Walker said residents an received “undated” communication from Peet about two years ago that said Peet was “committed to the wall repairs by the most efficient and effective means towards a complete and total reparation which bring them up to the expected and required standard” .

“They stated, like residents, we want the wall and our community to present extremely well.”

Mr Walker pleaded with Peet to “get on with your task to ensure a long-term solution”.

Peet managing director Brendan Gore said in early 2015 there were concerns about the deterioration on sections of the walls — “an issue which has also been seen in walls in other nearby developments, albeit on a smaller scale”.

“While it’s clear moisture in the wall is the issue, unfortunately it hasn’t been as simple as removal and reapplication of the existing render or applying a water proofing treatment,” Mr Gore said. 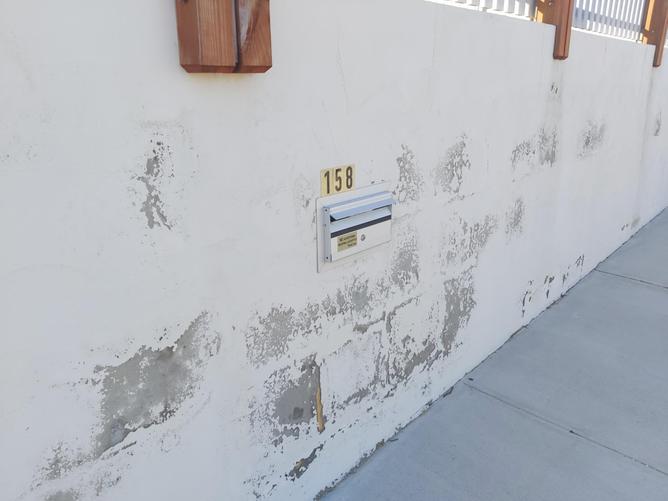 “To understand the root cause of the matter, Peet engaged with several technical experts and a comprehensive review of potential solutions has been undertaken. As a result of this, a prospective solution has been identified.”

Mr Gore said Peet was still in a legal battle with the companies it contracted to design and build the retaining walls, and therefore was unable to comment further.

However, he said Peet had continued to provide updates to the Shorehaven community as information had been available.

“Peet appreciates the patience of the Shorehaven community during this complicated, lengthy exercise, is committed to the repair of the walls and is progressing towards a resolution,” Mr Gore said.

Landscaping with evergreens: 9 ways to use in garden design