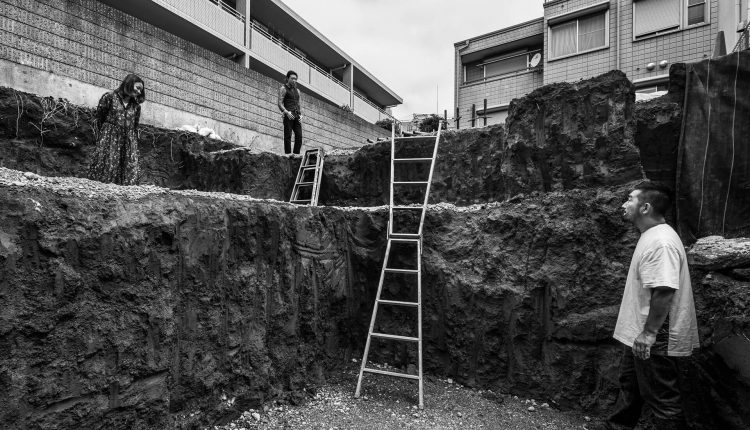 The House With 5 Retaining Walls reinterprets the function of structure

Kiyoaki Takeda Architects have designed and built an urban home in Setagaya City, Tokyo, for a young couple and their four children. It is called the ‘House with 5 Retaining Walls’ by the architects presumably to pivot focus to the enclosures that are formed in-between these otherwise structural necessities of a building when it is, underground, partially submerged or sits on a terrain. The dense neighborhood of Setagaya City is built on terrain. Most of the neighboring houses are built on top of large concrete walls and plinths, horizontally leveled to accommodate and, therefore, also neglect the underlying slope.

The plot of the house offers a 3.5m level difference between its two edges. The Japanese architects, in contrast to the surrounding buildings, identified portions of the site that could be further excavated to create partially submerged levels. Retaining walls were located to suit each level. The levels and walls, in this way, trace the shape of the earth underneath. Different enclosures are created in between these orthogonally composed and fragmented walls. The walls are thin enough to become vestiges between earth and architecture. The Japanese architecture firm explains the idea of ​​the vestige in their statement, “As a vestige of the earth and architecture’s struggle for their co-existence, this complex border that appeared between them should be able to offer vibrant moments in life in this living space .”

The domestic functions of the house do not occupy the same floor but are vertically distributed. The lower levels are the more public living spaces. They offer an inward-looking experience in between the solid and dark gray surfaces. The surfaces are treated with exposed stone aggregates to give a tactile experience to the spaces. Another layer of tactility is felt through the transference of heat from the ground through the walls. The architects describe this qualitative effect that the thinness of the walls produces in their statement, “The thinness of the wall was an attempt to acknowledge the retaining wall – construction material—as an essential part of human living space, and implement this wall in the interior of the house even with its geothermal feature.”

A second layer of the structure sits on the concrete base—a timber frame with a glass skin that encloses a tall volume in between the two. Light filters through this atrium down to the base. Many skip levels, all supported by the timber frame, are connected by and also overlook this atrium design. The circulation oscillates between horizontal surfaces and connecting staircases. It is ambulatory and avoids the central void. On the levels above, the living functions are the kitchen and dining, utilities, two bedrooms, and a terrace. These allow for different qualities of the living environment. They seem lighter and look outward, offering views of the surroundings. Privacy of functions is organized vertically—in section and avoids largely the need for internal partitions in-between contrasting functions. The timber structure, like the concrete base, is exposed. The beams span through the void—considering a future expansion of space and adapting to the different needs of the family. The tectonics of the architectural form help facilitate change and adaptation. “Residents would first feel the differences in each space, and then they can explore their way to manipulate and design their own life within this environment,” mention Kiyoaki Takeda Architects in an official statement.

A typical Tokyo home sits in a dense locality. The available floor space is limited, and often only one edge overlooking the street is freely available. Tactful homes are often experiments on the vertical axis. Many of the formats of living functions in these homes twist, fragment, compress, and shift—many derived from these physical constraints. The residential architecture can create a sense of interiority but also negotiates with the elements of the natural world or their immediate surroundings to create a sense of place. As the firm founder and architect Kiyoaki Takeda summarises, “I want to bring back the tactile sensation of living in a “place”. It cannot be achieved by just applying soil to the floor. I believe that this sensation can be accomplished only when we, as human beings, are supported and enveloped by the structure of the earth, emerged from the contrast between nature and artefact. For this house, I aimed for an architecture that is filled with the life force rooting the earth itself.”