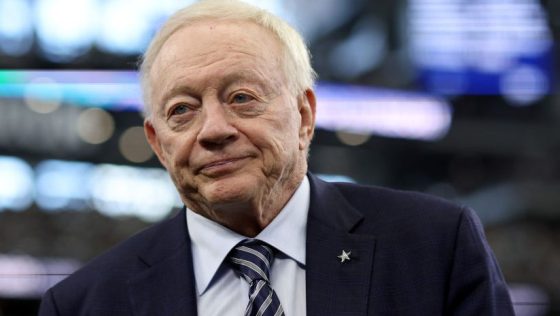 Numerous players, along with the NFL Players Association, and multiple coaches have called for universal grass playing surfaces. No owner has joined the choir.

“Our league stats don’t see issues with the type of surface that we have as opposed to natural grass,” Cowboys owner Jerry Jones said Tuesday on 105.3 The Fan in Dallas, via Jon Machota of TheAthletic.com. “We don’t see issues. No facts bear that out.”

Jerry’s “facts” undoubtedly come from statistics, which always can be massaged and characterized to support a given perspective. Regardless of whatever stats Jones would cite to support his position, the NFLPA has backed up its position with numbers.

There are the facts, Jerry. But those facts don’t matter when the real facts are how much it would cost to maintain a proper grass field, and more importantly to protect it when other events occur at the stadium. Some new stadiums have a system for rolling the grass field out of the building. Jerry World doesn’t, and it would be virtually impossible (or at least ridiculously expensive) to retrofit AT&T Stadium or other fixed- or retractable-roof structures that currently don’t have a removable grass field.

Jones is basically stuck on this one. Instead of admitting that the players and coaches who want grass are right and that he’ll spend whatever it takes to make the playing surface as safe as he can be, Jones will simply say (as he did) that it’s fine as it is.

Even if it isn’t.