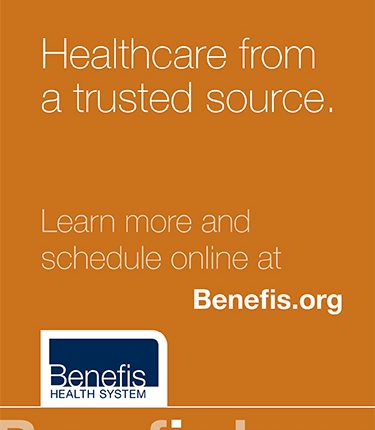 City Commissioners voted 4-0 during their Nov. 1 meeting to remove the additional landscaping requirements that only apply to casinos.

The mayor was absent.

Under the updated code, casinos would be treated the same as any other commercial development and for any new construction, building additions more than 20 percent of the site, new parking lots and parking lots over certain percentages would require compliance with the regular landscaping code, according to staff.

Previously, casinos were the only renovation projects that trigger additional landscaping requirements.

Commissioner Rick Tryon said he was voting for the code change as “a basic issue of fairness” and that it streamlined the development process and wouldn’t open the door to more casinos.

Commissioner Joe McKenney said that people don’t notice when casinos go out of business, but get frustrated when new ones open.

All casinos and gaming operations would remain subject to state licensing regulations which include a 600-foot distance from churches and schools. The state’s regulations are door to door whereas the city’s are from property line to property line, which has caused complications for some projects.

The state rules do not require distance for casinos from parks or playgrounds.

The state has capped casino licenses and staff does not anticipate an influx of new casinos as a result of the proposed zoning code change.

According to statistics from the Montana Department of Justice, there were 1,381 gambling machines and 85 gambling locations in the city in 2020 generating $5,157,972 in tax revenue.

That’s down from 2010 when there were 1,753 gambling machines and 105 gambling locations in the city, generating $4,771,039 in tax revenue, according to the state justice department.

The code change was prompted by the property owner at 2416 11th Ave. S. who is interested in selling the property to a buyer who wants to use a portion of the vacant building for a casino, according to city staff.

The building was previously occupied by “Bingo Bonanza,” a casino business.

A valid gaming license is still available, leading the property owner, Bill Heisler, and interested buyer to ask the city if a casino could be reestablished on the property, according to staff.

The property in question is zoned C-2 general commercial where a Type 1 casino would be allowed.

But, Type 1 casinos have special requirements for landscaping and distance from schools, churches, parks and playgrounds.

The additional regulations specific to casinos were adopted in 2007, according to city staff.

“I think it’s safe to say that there was some intent to make it more difficult for [casinos] to establish,” Deputy Planning Director Tom Micuda told the planning board in September of the city’s thinking at the time.

Staff had run into problems in recent years with the additional requirements on casinos for several projects to include the current project at El Comedor and a planned project for an Emerald City Casino on 10th Avenue South.

“This is more than just one site and challenge, we’ve had other challenges,” Micuda told the planning board.

Since the new owners of El Comedor wanted to expand their casino area, it moved their classification from accessory gaming to a Type 1 casino, which triggered the additional landscaping requirements under the existing code.

The owners of the Emerald City Casino on 10th Avenue South have plans to demolish the existing building and the neighboring former dry cleaners to rebuild a new casino, triggering the distance requirement from a city park, which is only an issue under the city code and not the state distance requirement for licensing.

According to staff, the property on 11th Avenue South, that spurred the change, meets the distance requirements from certain types of properties, but would be impacted by the landscaping requirements since it was developed during a time when the current landscaping regulations weren’t in place.

Most of the landscaping on the site is in the public right of way along 25th Street and 11th Avenue South, according to staff, and that doesn’t count toward the code requirements.

Under the current code, the applicant would need to allocate 20 percent of the existing property toward landscaping with 50 percent of that along the front of the property.

Since the property is about 27,000 square feet, that would require about 5,400 square feet of new landscaping with 2,700 square feet being required in the area between the building and the front lot line.

That requirement would eliminate about 18 parking spots.

The property owner, Heisler, has an interested buyer who would turn about 3,000 square feet of the building into a casino and rent out the other 5,000 square feet, so the parking would be needed, he told the planning board in September.

A variance would be difficult since the property isn’t unique and the applicant had the option to pursue other commercial uses for the building, so staff recommended that the applicant apply for the text amendment, according to staff.

The text amendment is a “significant change in the way gaming land uses would be regulated in the land development code. The amendment is being submitted because staff has faced great difficulties in administering the current regulations in the zoning code. As a result, staff is proposing a much simpler approach – one that relies on the zoning districts to control where casinos can be located rather than one that also relies on specific distance requirements and requires property owners to install landscaping well beyond normal code requirements,” according to the staff report.

The main changes in the updated code include:

Since staff was proposing to eliminate those special requirements, there was no reason to have two types of casinos specified in the code, according to staff.

The change also deletes the two types and just has one country use as casino in the code that would be permitted in C-2 and C-4 commercial districts; the airport industrial district; and light and heavy industrial districts. Those are the same districts where casinos were previously allowed.

“On the surface, the amendment could be viewed as increasing the potential for casino relocation and development in the community. This would likely be a concern for decision makers and certainly for residents in the community. However, because the State of Montana still restricts casino/bar licensing as well as enforces their own distance requirements, staff believes that both the financial impact and impact to community character associated with the proposed amendment will be limited,” according to staff.

Commissioners also approved a minor change to make the distinction more clear between casinos and accessory gaming, which is limited to no more than 500 square feet of space that are clearly accessory to bars, hotels and restaurants, according to staff.