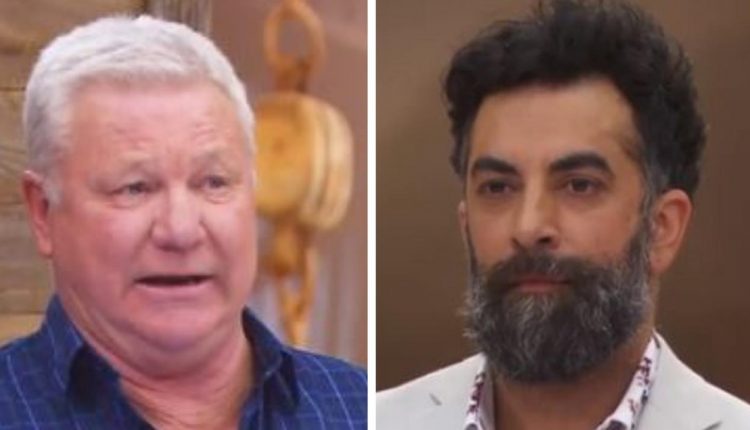 The Block contestants Sharon and Ankur had a dismal showing during this season’s final round of judging, with the judges savaging their efforts for landscaping week – and a clearly irritated Scott Cam publicly calling them out for leaving their build unfinished.

Cam noted that, while all the contestants had elements they still needed to finish off, Sharon and Ankur were the only team to make it to their final “tools down” with an almost entirely un-clad, unfinished shed.

“That’s on me (to finish) now, and that’s despite me giving you the budget to do it,” Cam told them.

Ankur protested that they were still “waiting on materials” to finish the shed – to which Cam scoffed.

“Mate. Everybody’s in the same boat. We’ve got to think about fairness in this competition, so I think we’ve got to revisit this – because it’s going to cost a bomb to do all that work.

We’re going to have to revisit this when it comes to finalizing the reserve price, OK?”

Each team’s reserve price will be revealed ahead of the auctions during Sunday’s finale. All five homes are on the market with the same price guide of $4 – $4.4 million.

Sharon said she didn’t think it was fair the unfinished shed would affect their reserve price. “I’m going to have a conversation with Scotty about this – I’d prefer not to, because he shuts me down. But I want to get to the bottom of this … we shouldn’t be adversely affected if there was a supply issue,” she said.

But in a post to their Instagram account this week, the couple appeared to blame their builders, saying they’d since learned supply issues weren’t to blame for their shed not being finished in time.

“They 100 per cent could’ve finished the shed and cladding for us but just didn’t. We stuck up for them, fighting to back up their story that they didn’t have the materials in the shed to do so – only to find out that the materials were there all along,” they wrote.

The bad news for Sharon and Ankur didn’t end with their dressing down from Scott Cam. Judges Shaynna Blaze, Neale Whittaker and Darren Palmer were immediately unimpressed when they walked around the couple’s property.

The judges were confused by the layout of the pool area, which they said had “no connection to the house whatsoever.”

Blaze even said that, in its current layout, the pool and landscaping added “no value” to the property:

Then there was an outdoor entertaining area that was oddly placed at the back of the house, wedged between water tanks and the car park as taking advantage of the property’s expansive country views.

“This is really bad planning. Terrible, terrible planning. It feels like we’ve been shoved into a laneway – and we’re on 10 acres,” Blaze said.

Neale landed the killer blow, suggesting that if the house were to go to auction in its current state, it would need to be marketed as a “renovators delight” – not the feedback you’d want to hear about a property you’ve just spent 12 weeks renovating.

“It’s hard to believe that this house could go to auction in this state,” Whittaker insisted.

At the end of the episode, judges’ favorites Tom and Sarah-Jane earned the season’s final judging win, with a perfect score of 30 (with help from their bonus point gnome).

Omar and Oz came second with 28.5 points (despite one design detail the judges absolutely loathed), while Rachel and Ryan and Dylan and Jenny were a joint third on a respectable 26.5 points each.

Then there was Ankur and Sharon, trailing seven whole points behind those in third place with a final score of just 19.5 out of 30 – a result Cam called “regrettable.”

The couple were defiant when asked how they felt about heading towards the auction with those stinging judges’ critiques.

“No disrespect to the judges, but I don’t really care what they have to say. The house will sell itself, regardless of what they say,” said Ankur.

“You can keep your comments and smoke it,” said Sharon.