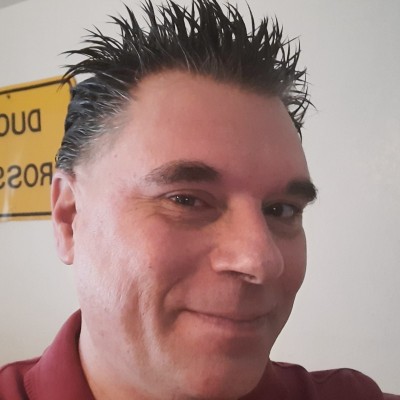 A circumstance that was never really much of an issue for some Northwest Valley homeowners associations is now not an issue for any Arizona resident.

Kavanagh said he was inspired to push for the law after following the case of a particular Fountain Hills neighbor who was sued by an HOA after installing artificial turf to reduce water consumption. However, it’s unlikely a lawmaker from any of the Sun Cities would have been part of a scenario in the same way.

Martin Aguero of the Recreation Centers of Sun City West said advisory and overseeing HOAs, such as RCSCW, tend to not create impose such property regulations. He said in Sun City West, turf regulations are left up to more than 100 smaller organizations within RCSCW.
Aguero sent the Daily Independent a statement from the RCSCW CC&R Department.

“This new law would not impact the RCSCW CC&R Department, as artificial turf is not addressed in the CC&Rs that apply to single-family homes not in an HOA,” the statement reads. “For these properties, artificial turf is allowed. For properties that are in a HOA within Sun City West, of which there are over 100 HOAs, each individual HOA could have restrictions in their CC&Rs, so this would need to be addressed through each individual HOA.”

Sun City Homeowners Association compliance manager Tom Wilson said there are 384 homeowners associations within SCHOA, and the large organization doesn’t handle what is done at among those groups.

“We (SCHOA) don’t control that,” Wilson said regarding artificial turf installation. “We have no intent of getting involved, at that level.”
He said he’s not aware of any recent movement within SCHOA to attempt to get involved in turf decisions or change any legislation.

Wilson said much of the artificial turf he’s seen in Sun City is in backyards or other visually concealed areas, rather than in front areas that tend to be common to multiple housing units.

“We have no intent of telling people or associations what kind of grass ought to be here,” Wilson said.

Dennis Legere, founder of the Arizona Homeowners Coalition, recently told lawmakers the law should not be carte blanche for residents to put in anything they want, no matter how it looks, Capitol Media Services reported.

Legere pointed out House Bill 2131 would allow HOAs to adopt “reasonable rules regarding the installation and appearance of artificial turf.” And it allows the association to regulate how much of the property can be covered with artificial grass.

Lobbyist Kathy Senseman, who represents a homeowner in the middle of a fight with her association in Paradise Valley, argued there was no reason for a prohibition.

“Homeowners that have done this have saved between 60% and 70% of their water usage since doing it,” she said. “We believe in property rights. We believe in that water conservation.”

Senseman said many developers of new homes — as well as municipalities, through planning and zoning requirements and ordinances — are putting in artificial grass to begin with.

“We just don’t think that HOAs that allow natural grass should be able to also be able to say, ‘You can have natural grass, you just can’t have artificial,'” she told lawmakers.

Rep. Jake Hoffman, R-Queen Creek, said there are communities built around what is already there and do not want the character changed.

Consider, he said, The Boulders community that straddles Scottsdale and Carefree: It is named after the huge granite boulders located throughout the property. Adding artificial turf, he said, would not be appropriate.

He covers the Buckeye area and the Maricopa County Board of Supervisors. Brooks is a well-travelled journalist who has documented life in small American communities in nearly all its time zones. Born in Washington, DC, and raised there and in suburban Los Angeles, he has covered community news in California, New Mexico, Arkansas, Iowa, and Nebraska.