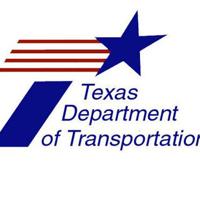 College Station City Council members discussed landscaping conditions along Texas Avenue in College Station, and approved an agreement between the Texas Department of Transportation for the removal and replanting of trees along Texas 6 at a recent council meeting.

Emil Fisher, the city’s director of public works, presented the topic regarding the potential to add landscaping, trees, shrubs or planter boxes to College Station roadways that could preserve resources and reduce costs to the city and potentially prevent the heat island effect.

“Several years ago when Texas Avenue was widened, TxDOT installed medians from University Drive going south to Harvey Mitchell Parkway, just about anywhere there was room,” she said at the June 23 meeting. “Meaning there wasn’t a left-turn lane or an opening in the median, so they installed planter boxes that we have since installed landscaping and maintained. The use of planter boxes along Texas Avenue has its benefits and also has its drawbacks.”

Some of the benefits of planter boxes, in general, are that they help from getting water underneath the roadway, Fisher said. It helps with water infiltration and irrigation, and it also provides a buffer where the city can maintain the landscaping, she said.

“Some of the drawbacks [include] … the planter boxes between George Bush Drive and University specifically have been hit several times,” she told the council. “In 2018, it cost us about $80,000 to replace those four planters just to give an idea of ​​cost. That cost would be more now just because of inflation and the cost of materials.”

Other constraints Fisher mentioned regarding adding new landscaping to roadways include sight distance, where it obstructs the driver’s view, irrigation issues and having to maintain the buffer between the planter box and the roadway.

Water infiltration and funding were also mentioned as constraints, not only to installing planter boxes but considering the cost of plants that would need to be placed in the planter boxes that need long-term maintenance and utilities, Fisher said.

During the discussion, councilor Linda Harvell had suggested earth planters as a potential solution instead of installing new planter boxes. Earth planters can be watered once every two to three weeks and use 80% less water, according to their website.

“Earth planters are eco-friendly,” Harvell said. “I saw the display at our last Texas Municipal League Conference and they have them in all sizes and it was just a [thought of] ‘Wow, what a great solution.’ When you look at the planters and how they seem to be struggling, you have watering issues, weeds, everything else accumulating in them. Our water truck could go by and water them and I would think it wouldn’t have the type of maintenance the planters require at this time.”

The council also approved a landscape maintenance agreement with TxDOT for the Texas 6 intersection. This agreement allows for the removal of trees located within TxDOT’s right of way as the transportation department plans to start road construction in 2024, according to city staff.

“There are around 400 trees that are planted in those four quadrants; the city planted a majority of those trees several years ago,” Fisher said at the meeting. “TxDOT needs them cleared for the widening project. In October, we will be removing and replanting as many trees as we can. They aren’t all going to be able to be moved, some are just too big, some will not make it through the move but we plan on replanting as many as we can. … We are looking at roadways to see if there is room to accept those trees. Due to heat island [effect] research that planning and development has done, they have identified some areas that we can move these trees.”

Councilman John Crompton mentioned during the discussion that the heat island effect is something the city needs to be proactive in trying to prevent.

Heat islands are urbanized areas that experience higher temperatures than outlying areas; Structures such as buildings and roads absorb and re-emit the sun’s heat more than natural landscapes such as forests and bodies of water, according to the Environmental Protection Agency’s website.

“Some of the trees could go to Veterans Park; but this is really part of the bigger program about trying to alleviate the heat island effect,” Crompton said after the meeting. “We are now in a situation where it is clearly going to get much worse. We are not Phoenix, but in Phoenix [recently] the temperature hit 100 degrees Fahrenheit at midnight, and that is the heat island effect, and that is what is coming down the road for our city.

“As a city council, really the only thing we can do to counteract that is to plant more vegetation … the closer you are to vegetation the less heat island effect you have. The whole idea about putting trees, not just down Texas Avenue but along all of our boulevards to look at our parks where we can get by without mowing some of the areas and instead just using natural supply and planting trees there which reduce costs as well as the heat island effect.”

Get local news delivered to your inbox!