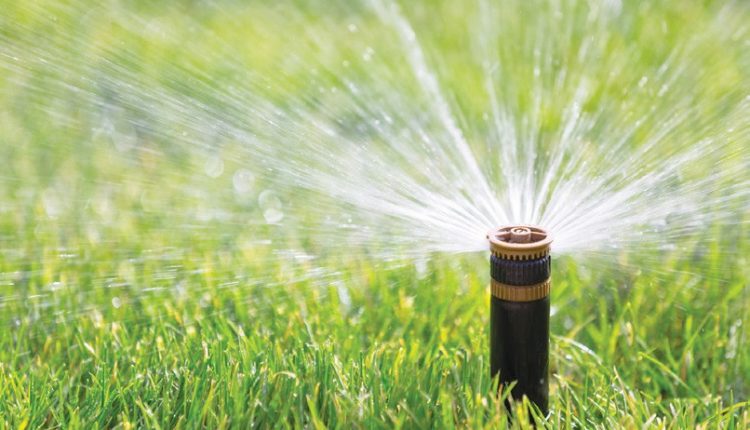 When Shonna Klein, a resident of Bainbridge Court in Agoura Hills, decided to remodel her landscape and install more drought resistant plantings, she thought she was doing the right thing.

Gophers had destroyed the grass at the home in the Morrison Ranch Estates neighborhood, and last year Klein decided to take action.

She replaced her grass with a more drought-tolerant strain, and planted native wild rose, buckwheat, coyote brush, Santa Barbara daisy and sedge plants, and installed a drip irrigation system that she says helped reduce her monthly watering bill from $250 to less than $130.

“Everything was chosen because it was drought-proof,” Klein said. “We knew the drunk was coming, and knew we had to replace it.”

But she also planted three Western sycamore and four live oak trees on the property, trees that are common to the area.

The Morrison Ranch Estates Homeowners Association told her to remove the trees—a spokesperson telling The Acorn it was because their invasive root systems could eventually damage neighboring homes. The trees are not approved under HOA rules. 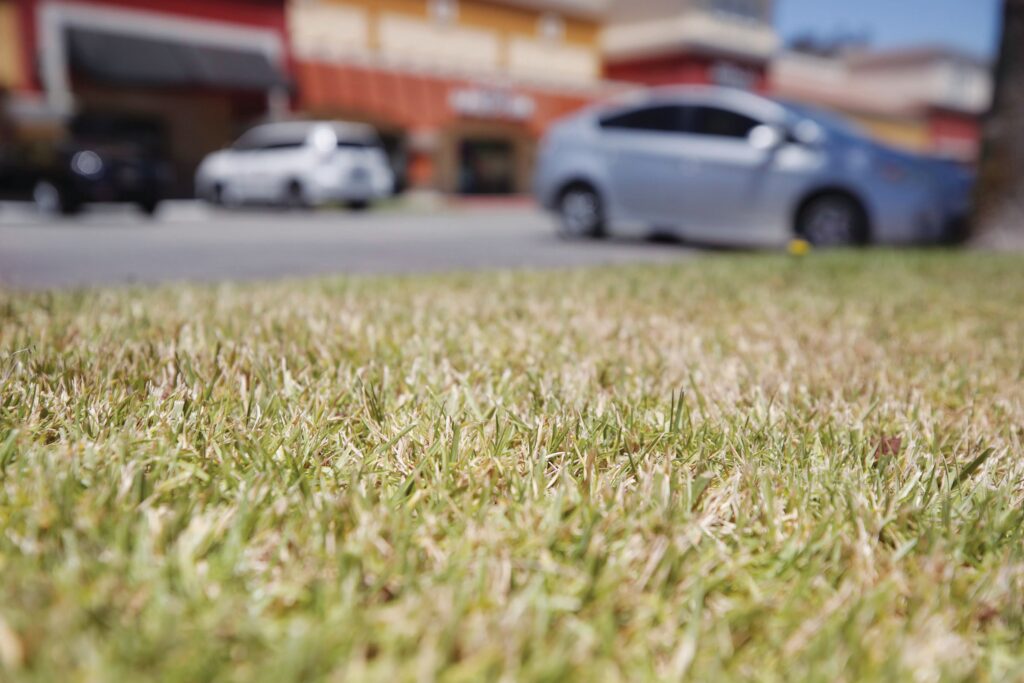 THIRSTY—Grass turns brown outside a strip mall in Moorpark. It could get worse before it gets better. RICHARD GILLARD/Acorn Newspapers

“It was a complaint by a neighbor that it was very close to their property,” Morrison HOA president Jan Gerstel said.

“These root patterns are 50 feet per tree,” Gerstel said. “We’re trying to prevent a serious situation.”

The two sides are lining up lawyers and the case appears headed to court.

While the Klein dispute relates to the planting of trees, not their watering, the homeowner says her overarching desire to bring a drought-proof yard into the neighborhood should be appreciated, not maligned.

Other area homeowners associations are struggling with the watering mandates and planting restrictions as they related to HOA rules.

Calabasas Park Estates Owners Association sent a recent letter to the Calabasas City Council saying they are opposed to the city’s reduced watering recommendation for HOAs.

“(It) will already place a major stressed appearance of the landscape; therefore, we are not in favor of reducing it even more at this time,” the message said.

The same letter was sent on behalf of the Clairidge Homeowners, Calabasas Country Estates Owners and Calabasas Park Homeowners associations.

The pro-green camp is saying that despite the drought, the planting of more shrubs and trees, not fewer, is a desirable tool in the defense against wildfire.

“All lawns will turn to brown and become a fire hazard,” Bharat Shah, owner of the Colorful Gardens plant store in Agoura Hills, said in a letter to The Acorn.

“Grass removes carbon dioxide from the air, a main culprit of climate change.

“It is not known how synthetic grass will behave in the next fire (and if) toxic fumes will develop when it burns,” Shah said.

Because the 122-square-mile Las Virgenes district that stretches from Hidden Hills to Westlake Village lies in an extreme fire hazard area labeled by Cal Fire as a very high fire hazard severity zone, district officials believe their communities should be given leniency by the supplier Metropolitan Water District and receive a boost in the dwindling allotment they currently receive.

The theory is that keeping local landscaping alive and not parched serves as a good first line of defense in the battle against wildfire.

State Sen. Henry Stern (D-Calabasas) wrote a letter to the California Department of Water Resources in May to request a relaxation in the water allotment for communities in his district.

“I understand that a complete ban on all outdoor watering may be required later this year if conditions do not improve,” Stern wrote.

“Recalling the devastating impacts of the 2018 Woolsey fire, I am very concerned that sufficient water supplies may not be available to maintain fire-resistant landscaping for wildfire safety and protection at the urban-wildland interface as designated by the Cal Fire Hazard Severity Zone Map .

“I have asked our region’s local water and fire officials to work with (Metropolitan Water District) on the methodology to determine the water supply needs for wildfire safety and protection,” Stern said.