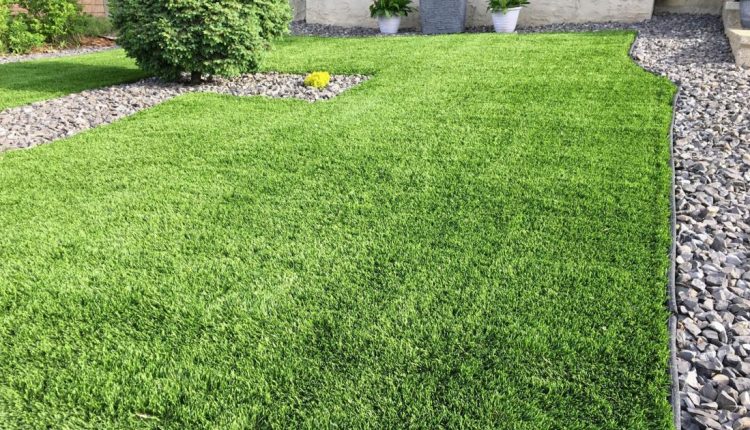 PHOENIX — If you like the look of a green lawn but hate the water use and cost, state lawmakers want you to have options.

Without dissent, the Senate gave preliminary approval Monday to a measure that would ban homeowner associations from telling residents they can’t take out their natural lawns and replace them with artificial turf. The House already approved similar wording.

Monday’s action came after some homeowners complained they faced fine for choosing what they consider a better ecological option than grass.

But Dennis Legere, founder of the Arizona Homeowners Coalition, told lawmakers this measure wouldn’t provide carte blanche for residents to put in anything they want, no matter how it looks.

He pointed out that House Bill 2131 would allow HOAs to adopt “reasonable rules regarding the installation and appearance of artificial turf.” The associations could also regulate how much of a property can be covered with artificial grass.

But the legislation, sponsored by Rep. John Kavanagh, R-Fountain Hills, makes it clear the rules cannot be so strict as to bar all types of artificial grass. Also, the limit on the percentage that can have artificial turf cannot be smaller than the amount of property covered by natural grass.

Lobbyist Kathy Senseman, who represents a homeowner in the middle of a fight with her association in Paradise Valley, argued there’s no reason for a prohibition.

“We’d like natural grass and artificial grass to be treated the same,” she said, calling it more than just a personal preference.

“Homeowners that have done this have saved between 60% and 70% of their water usage since doing it,” Senseman said. “We believe in property rights. We believe in that water conservation.”

The idea is not particularly radical, she added.

“Most new homes are putting in artificial grass to begin with. We just don’t think that HOAs that allow natural grass should be able to also say, ‘You can have natural grass; you just can’t have artificial.’”

“We live in a desert, and we need to conserve water,” she said. “We can’t have organizations prohibiting artificial turf or grass.”

Aside from the permission for HOAs to set reasonable aesthetic standards, the measure has one other key exception.

It spells out that associations can prohibit installing artificial turf if they have “unique vegetation and geologic characteristics that require preservation by the association.”

Senseman said there are reasons for that wording.

“In Tucson, for example, they will have a lot of natural landscaping,” which is part of the overall appearance of the community, she said. The preference there would be to not add artificial grass.

Rep. Jake Hoffman, R-Queen Creek, said there are communities built around what is already there that do not want the character changed. Consider, he said, The Boulders community that straddles Scottsdale and Carefree. It is named after huge granite boulders on the property.

Adding artificial turf, he said, would not be appropriate.

Then there’s Hoffman’s own residence, in a development built in the middle of about 2,000 pecan trees. The rules there, he said, require 90% of the land to be unpaved. More to the point, Hoffman said, the natural turf keeps the area cooler, which he said is better for the pecans.

This isn’t the first time state lawmakers have moved to adopt restrictions on HOA rules.

Originally, the law allowed the display of only state and federal flags. That was expanded to include the flags of any branch of the service; the POW/MIA flag; and the Gadsden “Don’t Tread on Me” flag.

Get Government & Politics updates in your inbox!

Stay up-to-date on the latest in local and national government and political topics with our newsletter.