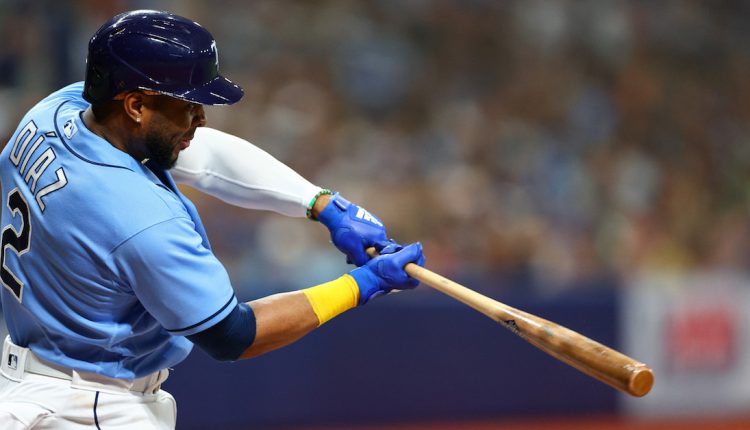 Insofar as I’ve given thought to who my favorite manager of all time is, my favorite manager of all time is Earl Weaver. He exemplified the ideal shouting, dirt-kicking, umpire-haranguing baseball boss; every image and video of a red-faced weaver screaming up at an umpire a foot taller than him is a blessing upon our society. But the man was legitimately a tactical mastermind; if baseball could be influenced by coaches the way other sports can, we’d talk about Weaver the way soccer people talk about Rinus Michels.

A lot of “great managers” really just manage a lot. Weaver, despite his hyperactive and combative personality, knew to keep his hands off his offense and let the multiple future Hall of Famers on his roster cook. Weaver’s overall recipe for success usually gets cited as “pitching, defense, and three-run homers” or something similar.

Take it from the man himself, in a (mock) radio interview for a Manager’s Corner segment with Tom Marr in 1982:

Marr: Bill Whitehouse…from Frederick, Maryland, wants to know why you and the Orioles don’t go out and get some more team speed.

Marr: Well, certainly this show is gonna go down in history, Earl!

Recently, I’ve become interested in a corollary of Weaver’s favorite type of hitter: a big…dude who can hit the um, ball out the ballpark, but struggles to put the ball in the air. This started as a post about Yandy Diaz; back in November, Jeff Zimmerman used Díaz as an example of how Baseball Savant’s patriotic lollipops can be deceptive. Díaz looks great on the ‘pops because they privilege hard contact, but while Díaz hits the [expletive] out of the ball, he hits it right into the [expletive] ground most of the time.

Tops on the GB% leaderboard is Christian Yelich, who hits so many balls on the ground he needs a .350 BABIP to be an above-average player. But he also hits the ball hard enough to sustain such a ludicrous BABIP. (Though gone are the days of the juiced ball, when Yelich routinely posted HR/FB ratios in the 30s.)

Some of the most groundball-heavy hitters in baseball are slap-and-run guys, but so many of them frustrate because when they get the ball in the air, they’re strong enough to hit it over the fence: Vladimir Guerrero Jr. , Randy Arozarena, Josh Bell, Alejandro Kirk, Díaz. Even Juan Soto was in the top 30 in groundball rate last year.

If you’re more than 500 words into a FanGraphs article in 2023, you probably already know that hitting the ball in the air, on average, is better than hitting the ball on the ground. But it’s worth revisiting the numbers. Last season, 248 players put at least 100 groundballs in play; of those, only four had a wRC+ over 95 on groundballs. Meanwhile, 190 batters hit 100 or more fly balls in 2022; 131 had a wRC+ of 95 or better. Thirty-eight had a wRC+ of 200 or better:

So in order to get by hitting lots of groundballs, you have to hit the ball hard. And these players prove that you can still be an above-average hitter, even an MVP candidate, while hovering around a 50% groundball rate. You just have to do everything else well — hit the ball hard, draw walks, avoid strikeouts — in order to make up for that deficiency.

It was while mulling these ground-and-pound hitters that I realized something: Guerrero, Kirk, and Bo Bichette play in Toronto. Arozarena and Díaz play in Tampa Bay, as does Harold Ramírez, who led all of baseball in wRC+ on grounders in 2022. These are two of the five stadiums in the majors that have artificial playing surfaces.

Cast your mind back to Earl Weaver and the 1970s. You’re probably picturing mustaches, pullover jerseys, and a 5-foot-7 guy with gray hair and an unusual gift for creative obscenity. You’ll also remember the ballparks of the time: Concrete bowls suitable(ish) for either baseball or football, carpeted with artificial turf. What we know about turf is that it plays faster than grass — infielders would routinely skip the ball off the carpet when throwing across the diamond.

There may never have been a better time to be a player who hits the ball hard on the ground than in the early days of AstroTurf. It (along with the proliferation of various stimulants) ushered in an emphasis on speed that made the baseball of the 1970s and ’80s totally distinct from the decades that followed.

So is it true that turf makes it more profitable to hit groundballs in the 2020s? Could the Rays and Blue Jays be exploiting a market inefficiency by recruiting hitters who can use the carpet like a tennis court?

In order to find out, we have to (big grin and nudge with elbow) get into the weeds.

Of the 30 major league fields, 25 are covered in some kind of natural grass. Of the other five, four (Chase Field, LoanDepot Park, Globe Life Field, and the Trop) have a playing surface of something called B1K, an artificial grass substitute manufactured by Shaw Sports Turf. Now, over the past 30 or 40 years, the sporting world has determined that the old-school green carpet wasn’t ideal for baseball or safe for many other sports, so vast amounts of research and funding have gone into developing a grass substitute that looks and behaves more like the genuine article.

In fact, the marketing copy on the Shaw Sports Turf website claims that a baseball bounces off of B1K within the window of variance you’d find from one major league natural grass field to another. (Said website also explains that B1K is short for “batting a thousand,” which I find delightful for reasons I can’t really explain.)

At Rogers Center in Toronto, on the other hand, the field is actually AstroTurf. But not the old stuff — it’s a newer product called Root Zone Diamond Series RBI (as opposed to the shorter Diamond Series OPS). The blades of fake grass, according to the AstroTurf website, are “legend-shaped polyethylene monofilament fibers.” Really brings out the romantic in you, the smell of fresh-cut polyethylene monofilament, doesn’t it?

If B1K is supposed to mimic grass, it’s doing a good job. If anything, the four B1K fields create a slightly more pitcher-friendly environment than grass. (One hypothesis, presented without investigation: If the ball bounces the same on B1K and grass, defenders might benefit from a marginally more uniform playing surface.)

In Toronto, however, groundballs go for hits at a much higher rate than either the grass or B1K fields. Perhaps this is an artifact of Kirk, Guerrero, and Bichette hitting screamers on the deck all the live long day, inflating the stadium’s groundball BABIP? No. Opponents hit for the same average on groundballs, despite having to get said groundballs through Matt Chapman.

Aggregate wRC+ on groundballs on grass surfaces varies stadium by stadium, from the mid-20s to the low 40s, with two exceptions: Great American Ball Park in Cincinnati and Kauffman Stadium in Kansas City, both of which had a groundball wRC+ of 54 last season .

Why were these two such outliers? I have no ideas. Those two parks have two things in common. First, their primary tenants were terrible last season. And second, they’re two of the four stadia in the majors with a playing surface composed at least partially of perennial ryegrass. But that doesn’t explain why the groundball BABIP at those two parks was 50 points higher than it was at Yankee Stadium. Maybe there’s something about perennial ryegrass, as opposed to Kentucky bluegrass or Bermuda grass.

Either way, while Rogers Center wasn’t literally the best park in the league for groundballs last season, it was top-three. That seems to be a happy coincidence; Bichette was a second-round pick, while Guerrero got the fourth-highest signing bonus of his international free agent class. It’s unlikely in the extreme that the Blue Jays targeted them because they suited the ballpark, particularly because the current turf field hadn’t been installed yet. That turf is so hitter-friendly that while the Blue Jays hit the ball much harder on the ground than their opponents in the dome (31.3% Hard% on grounders, compared to 26.9% for visitors), away teams got more out of those hard grounders. The Blue Jays hit .393 with a 140 wRC+ on hard groundballs at the Rogers Centre, while visiting teams hit .457 with a wRC+ of 185. One danger — perhaps the danger — of hitting the ball hard on the ground is the double play, and Toronto hit into 136 of those in 2022, third-most in baseball.

The Rays, on the other hand, are getting so much out of groundballs in general, it creates a statistical mirage that makes the Trop look like Riverfront Stadium.

The Rays have gotten their money’s worth out of groundballs for a while now; Justin Choi studied this effect way back in July 2021. And this kind of extreme split can be replicated on grass, of course. Tampa Bay was the No. 1 offensive team in the league on groundballs last year, with a wRC+ of 56. 2 was Cleveland, which had an even more extreme advantage at Progressive Field than the Rays had at the Trop.

Not only are Tampa Bay and Cleveland the kinds of team you’d expect to maximize every little advantage — things like reducing strikeout rate; good team defence; even speed, to Earl Weaver’s chagrin — Cleveland had numerous players who performed well above league average on groundballs. Andrés Giménez, José Ramírez, and Steven Kwan were the standouts. Even Myles Straw’s wRC+ of 37 on groundballs is slightly better than the league average, and closer to his total wRC+ of 64 than most of his teammates got. The Rays and Guardians made great gains on weaker contact, with the Rays posting a ludicrous .271 batting average and 77 wRC+ on soft and medium ground balls at the Trop. Both teams performed similarly to their opponents on hard-hit grounders.

Maybe Earl Weaver was a little too picky about his big guys; particularly in the 1970s, hitting the ball hard could still be productive even if the ball was on the ground. It’s still true to a certain extent now.

But what the Rays and Guardians have done actually goes along with Weaver’s philosophy generally. I had a political theory professor a long time ago who said he found coaching baseball fulfilling because success at the youth level was about avoiding strikeouts on offense, and avoiding walks and errors on defense. And the way to achieve that goal was to focus on improving the weaker players, not the stronger ones — to make the team more egalitarian.

Weaver’s overarching outlook on baseball was similar, with a focus on avoiding unnecessary outs on the bases or defensive miscues. No doubt he’d find the current Guardians’ or Rays’ rosters abhorrent, but getting more production out of groundballs turns a severe weakness on most teams into only a moderate weakness. Play a clean fundamental game and hit the ball hard, and success will usually follow. No matter where you are [expletive] hit it