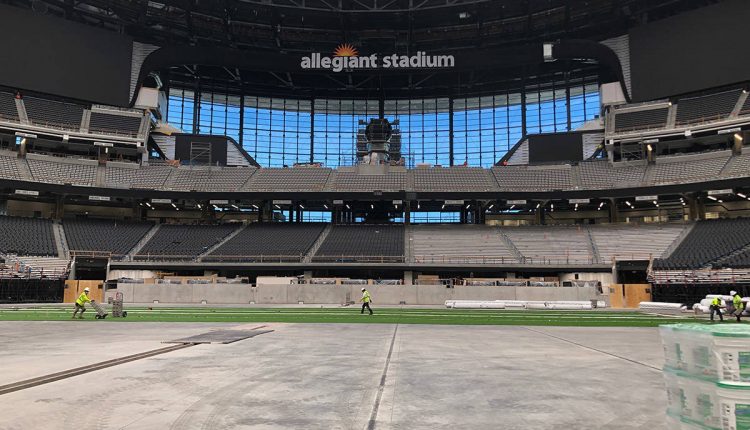 Two weeks after the Raiders’ natural turf was laid, it is the turn of UNLV football to compete in the Allegiant Stadium.

The crews started installing the artificial turf on Tuesday. UNLV will play its home games at the 65,000-seat stadium, valued at $ 2 billion.

Photos show that the crews started installing the turf at the north end of the stadium. The lawn is laid in sections and field lines have already been drawn on the surface.

The natural grass field of the Raiders is on a field tray outside the facility when it is not used for the home games of the Raiders. Crews will bring the 4-foot-deep tray, which weighs 9,500 tons, into the stadium on 13 tracks through a 14-foot by 240-foot opening at the south end of the stadium prior to the Raiders Games.

It takes the crews about 90 minutes to move the tray all the way in and out of the stadium via 76 electric motors that move it along a railway line.