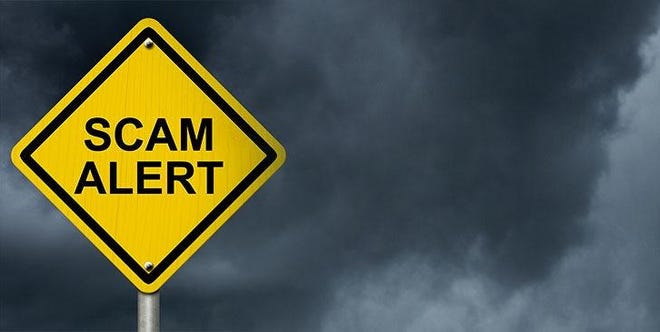 According to BCSO officials, the scam consists of contracting individuals to put pine straw in the countryside of potential victims for an agreed amount. However, once the job is completed, the scammer charges a much higher price.

In this scam, the scammer targets people who they believe are prone to intimidation and bullying. The victim is then approached at home by workers in a vehicle pulling a trailer loaded with pine straw.

The victim is asked if they would like pine straw to mulch in flower beds. After a verbal agreement on a price is reached, the scammer charges a much higher price for straw and labor, according to a BCSO press release.

The scammer becomes aggressive and tries to intimidate the victim into paying the new price, which is often double or triple the original cost.

Police officers believe multiple teams may be involved in the fraud in Bay County.

BCSO cautions anyone who contracts landscaping at a price only to find out that the price has been increased inappropriately after completion and is encouraged to contact local law enforcement. Don’t pay the higher price for bullying or intimidation.

Should I replace my lawn with artificial grass? Join the Ideal Home Room Clinic debate