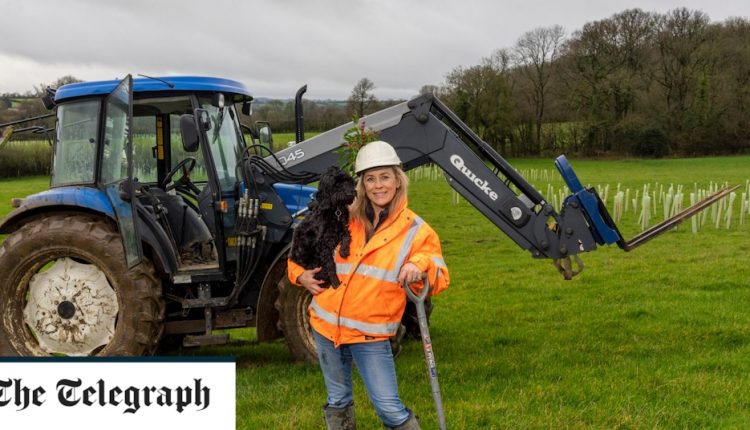 In a planning application submitted by Ms Beeny and her husband Graham Swift, it was stated that earthworks made from the spoil were “attractively landscaped” and capable of providing an ideal home for wildlife, wildflowers, and newly-planted trees.

However, another parish council has complained about the “height and shape” of one of the earth embankments, stating that “it is having the effect of reflecting traffic noise” towards neighboring properties and “adversely affecting the residents’ living conditions”.

Ms Beeny’s family agreed to reduce the height of the bank when possible, according to planning documents from 2022, which state that other neighbors were not happy with works at the former dairy farm.

One complained that the works “dumped the spoils on good agricultural land”, meaning that “the farm is now a mess”.

The row over the earthworks, for which Ms Beeny and Mr Swift are still seeking retrospective planning permission, is not the first run-in with neighbors in rural Somerset, where the couple and their four sons moved to from London.

In December 2022, there were questions about the future of an ornate alpine treehouse which had featured in a New Life In The Country, for which Ms Beeny and her husband are seeking planning permission, despite having already built the structure.