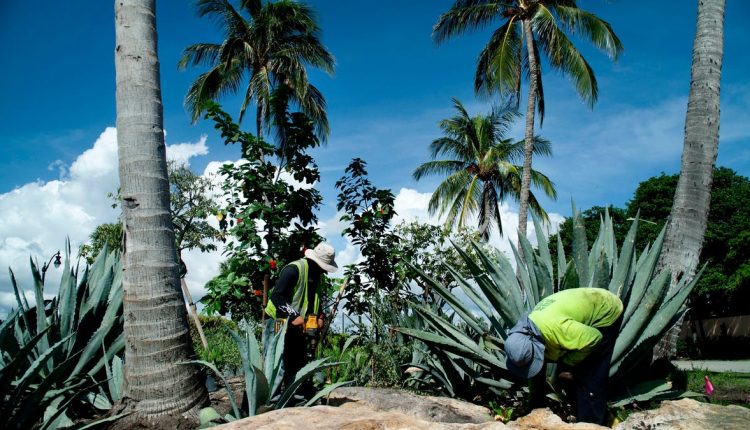 After months of dialogue between residents, landscaping companies and town officials, the Town Council has agreed to place additional restrictions on construction and landscaping work on the island but with some exceptions.

At their meeting Tuesday at Town Hall, council members voted unanimously on first reading to approve an amended ordinance that sets limits on dates and hours for construction and landscaping work during the peak season, which the town defines as the Monday preceding Thanksgiving through April 30.

As part of the measure, which is expected to come back to the council next month for final approval, construction work cannot begin until 8 am and must be completed by 5 pm during peak season, except for Saturdays, Sundays, observed town holidays, and the days before and after Thanksgiving, when it is prohibited.

The ordinance also prohibits lawn maintenance activity on Saturdays, Sundays and observed town holidays during the peak season. But it allows it on the Wednesday before Thanksgiving and the Friday following Thanksgiving between 9 am and 5 pm

Work performed between 1 pm and 5 pm on the Friday after Thanksgiving must be quiet in nature, meaning no gas or electric-powered lawn maintenance equipment or leaf blowers can be used.

The lawn maintenance exceptions were made after the landscaping industry expressed concerns about the limited amount of time available for lawn activity during the week of Thanksgiving.

Council members said the additional restrictions were needed because of the substantial volume of vehicular traffic within the town during the holidays last year. However, the ordinance never came before the council for a final vote because of intense backlash from landscaping companies.

“The landscape industry objected to the limits, stating that this would limit their ability to provide landscaping for their clients before and after the holiday,” Town Manager Kirk Blouin said.

Construction has been the focus of numerous council discussions during the past year.

In December, following months of discussion and review, council members approved an ordinance that eliminates Saturday construction hours during the winter peak season, among other changes. The measure, which includes exemptions for some properties on the island, took effect Jan. 31.

New restrictions include: the elimination of construction hours on Saturdays during the peak season; a requirement that workers no longer be allowed to arrive to construction sites prior to 7:30 am on weekdays and 8:30 am on Saturdays; and limits quiet indoor construction, which will be permitted only during the summer months, along with quiet lawn maintenance and tree trimming.

Jodie Wagner is a journalist at the Palm Beach Daily News, part of the USA TODAY Florida Network. You can reach her at jwagner@pbdailynews.com. Help support our journalism. Subscribe today.