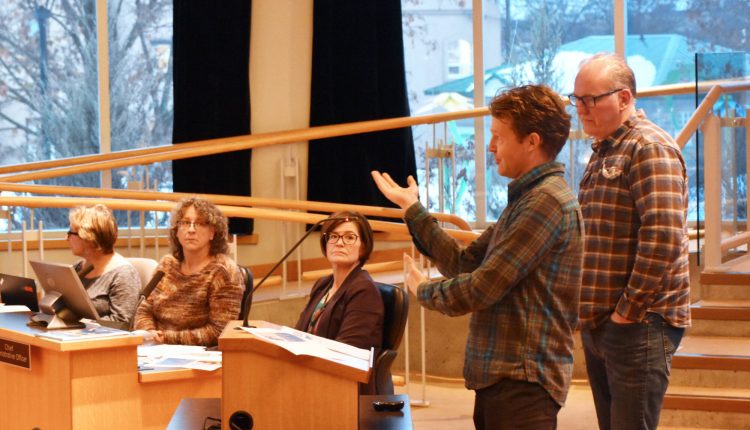 Trees in Salmon Arm will receive more recognition and protection if city council proceeds with recommendations from a report prepared by its Environmental Advisory Committee.

They reviewed and brought recommendations regarding the city’s current Tree Removal Bylaw, which they noted would be better named a Tree Protection Bylaw.

“It is our opinion that the current bylaw provides very little protection or direction towards the vision from the Council of a green, active, healthy and thriving community,” said the committee’s written report.

The presenters said a vision is needed before the bylaw is revamped.

They gave examples of what other municipalities have done. Nelson, for instance, had a tree management plan “for a very long time.”

The report said city staff acknowledge the need for an updated tree bylaw but point out it needs to be part of a broader strategy. The presenters said they hope their recommendations will lead to a tree management strategy and a bylaw what protects the urban tree canopy while allowing development and providing safety from fire. They noted provincial and federal funds are available.

Recommendations included: monitoring the city with readily accessible tools that show where tree loss is greatest and where trees are required; setting goals; informing and educating the public; planning street tree green belts and bolstering protection of “elders” or mature trees. They said the process can be positive as people like trees.

Trees cannot be an afterthought, the presenters noted, and pointed to the city’s struggling downtown trees.

Regarding tree protection, the report said it takes very little effort and time to remove a tree in contrast to growing one, and density should not be the only consideration in development.

“So even though establishment of new street trees or supporting developers to replant after development is very important, an effective tree protection by law is needed. Benefits are not realized until many years after planting.”

count Sylvia Lindgren, who chairs the Environmental Advisory Committee, thanked the working group who put the report together, as did the mayor and rest of the council.

“I recognize the number of hours and the amount of blood, sweat and tears that went into making sure this was a good presentation and we could get our point across,” Lindgren said.