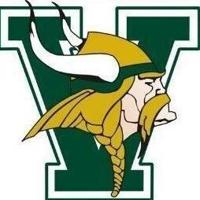 The Roanoke County School Board has approved up to $1 million to replace Northside High School’s grass football field with artificial turf.

With the board’s approval of funds during its meeting on Thursday, Todd Kageals, physical facilities director for Roanoke County Schools, expects the process of reviewing proposals for the project to open within the month.

While the schools provide the money for the project, the official request for proposals, similar to a sealed bidding process, will be initiated by the county’s board of supervisors.

Kageals said that he was hopeful the installation would be completed before the beginning of the 2023 football season, but couldn’t guarantee the date.

“It all depends on weather, and the availability of materials,” he said.

Kageals said he intends to coordinate with coaches for other seasonal sports that use the field, such as the track and field and soccer teams, to determine an alternative space for them during the months when the field will be under construction.

“Once we’ve accepted a bid, we’ll have a better idea of ​​what our options are going to be,” Kageals said.

Currently, Northside High School uses a field of Bermuda grass during the football season, which is dormant for most of the year beginning with the first frost of winter. To keep the field in use, rye is planted in the colder months.

The upkeep for the grass, and the yearly change-out for different grasses, is a process that is much more expensive than the installation and upkeep for artificial turf, according to Kageals.

Tyler Deacon, the athletic director for Northside, said that the grass field creates challenges for the school’s soccer team.

“The Bermuda doesn’t really start to come in until later in the spring, in the second half of the soccer season,” Deacon said.

Additionally, if the field is used often, compaction can kill the grass, as was the case at William Byrd High School before a turf field was installed there.

“At Byrd, the field was used so much that it was almost unplayable,” Kageals said. “The marching band had a hard time practicing and marching on it.”

“We installed drainage with the intention of installing turf,” Kageals said.

Before Northside, the most recent Roanoke County school to have artificial turf installed was Glenvar High School. The project at Glenvar included the construction of a new jogging track, at a total cost of $1.5 million.

Get local news delivered to your inbox!