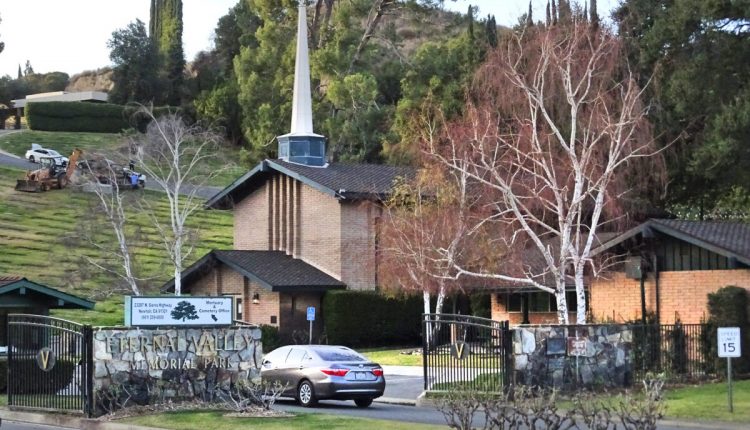 The Santa Clarita City Council approved Tuesday a plan to expand Eternal Valley Memorial Park by as much as 13 acres, as well as two contracts with landscaping companies worth more than a million dollars.

The Eternal Valley expansion is set to take up an area of ​​undeveloped land off of Needham Ranch Road and to the east of the already existing cemetery grounds, and include a new loop road, landscaping, as well as burial plots.

The project will also include, according to the council’s regular meeting agenda, ridgeline alterations and hillside development that will move more than 200,000 cubic yards of earth in order to accommodate the new amenities at Eternal Valley.

The decision to approve the expansion of Eternal Valley — the primary burial grounds for the Santa Clarita Valley for the last century — comes after an application to expand was filed by the cemetery in October 2020.

“The overall expansion area would create roughly 13 acres of new cemetery inventory area, generating area for approximately 15,000 casketed burial spaces and 6,000 cremation interment spaces,” reads the resolution. “The construction of a new mausoleum is also proposed as part of the project.”

The mausoleum would be consistent with the existing architecture throughout the project site and would be set into the hillside, according to project plans. The structure would be 3,655 square feet and 22.5 feet in height, providing space for 780 caskets along with 560 cremation niches.

Stay Green was also given a two-year contract in an amount not exceeding $53,280 to provide landscape maintenance services to Veterans Historical Plaza and the Newhall Community Center.