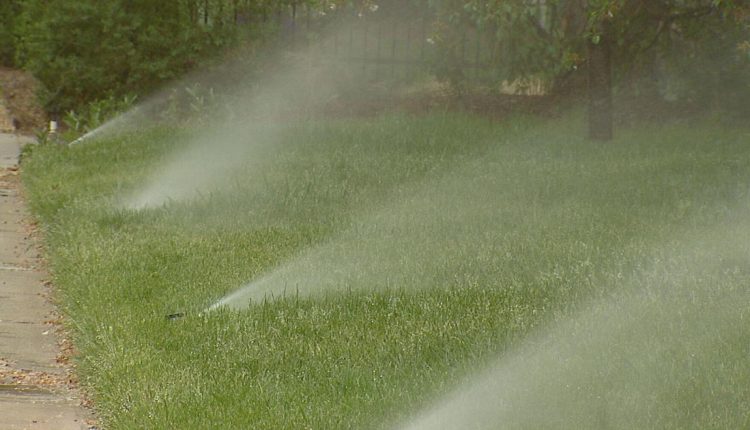 From parks to plazas and links to lawns, Aurora is on the verge of becoming the first city in the state to ban any new grass that isn’t “functional.”

He’s come up with what is maybe the most aggressive water conservation plan ever in Colorado. It would ban all new golf courses, decorative water features like fountains, and grass in medians. It would also limit the amount of sod at new homes to whatever is the lesser of 500 square feet or 45% of the backyard.

The turf limit would be enforced by city home inspectors as a house is built. Coffman, a small government proponent, says his proposal is an effort to get in front of an impending crisis.

“If I don’t get ahead of it now, we will have heavy handed mandates on existing properties in terms tearing out turf. I want to mandates prospectively and incentivize existing while I have the ability to do so, and I don’t know how long I have so the time to act is now.”

At a Monday night meeting, city council members were mostly in support of the changes although some worry about their impact on housing. The proposal would give developers a $3-thousand discount on new water taps to offset the cost of water-wise landscaping. Coffman says he’s also open to a proposal to split sod between front yards and back yards, but he’s not in favor of increasing the amount of sod at new homes.

“I believe the City of Aurora, in passing this ordinance, and I believe it will pass, will be a leader for the state in what needs to be done.”

Council voted to take up the proposal at it’s next meeting. If it green lights the ordinance, it could mean a 25% water savings for the city.

Shaun Boyd is one of the most experienced television news reporters in Colorado. She joined CBS4 in 1998 and has worked as a general assignment reporter, bureau chief and political specialist, interviewing everyone from Nobel prize winning scientists to the President of the United States.

Artificial turf is not the best choice for athletic playing fields