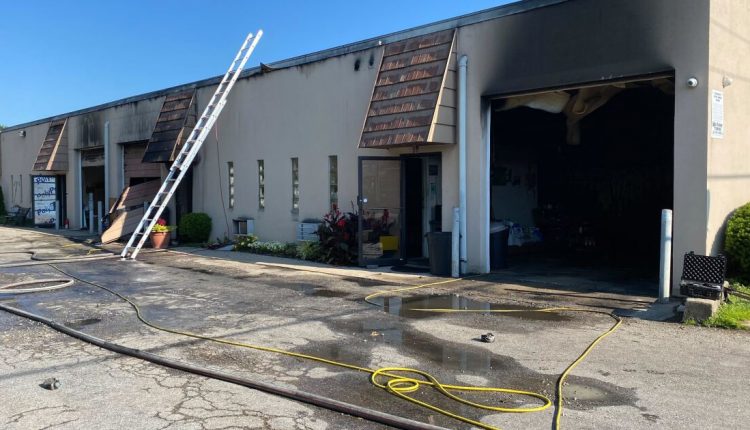 Firefighters responded to the blaze just after 3 am in the 1200 block of Spartan Drive in Evendale.

Two people were taken to the hospital, but their current condition is unknown, per Capt. murray

Capt. Murrray said the fire started inside a commercial building, which house storage units. The fire broke out inside one of the units owned by a landscaping company. The company owns between 2 and 3 units.

At least six different fire departments responded — totaling around 45 firefighters — but Capt. Murray said fire crews were able to put out the fire within an hour.

Capt. Murray said there were no fire sprinklers, but he added that existing sprinklers would have made a difference or, at the least, kept the fire at bay.

A countywide investigation team is trying to figure out what caused the fire.

Watch the Latest Headlines in our 24/7 News Livestream:

Good Morning Tri-State at 5AM