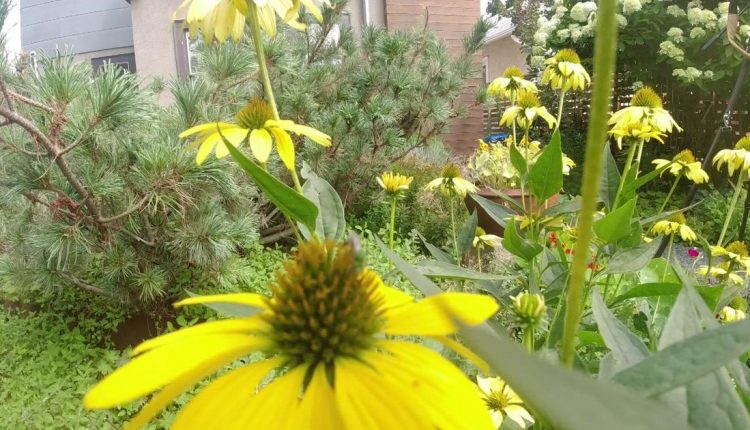 ST. PAUL, Minn. — As drought conditions worsen in the West, and continue to impact parts of Minnesota, a growing trend is aimed at saving water and helping pollinators.

Xeriscaping is the technique of removing grass lawns and planting native, more drought-resistant plants instead. Elisa Bernick has been xeriscaping for years at her St. Paul home and now has a flourishing garden with many different species.

“I think many of us are coming to terms of the fact we don’t want to use more resources than necessary. Fertilizer, water, this intense sort of gardening that we grew up with, but now we understand it’s not right for the world , the way we are moving forward,” Bernick said.

She decided to start xeriscaping after construction left her soil unfertile in her backyard.

“I essentially just put sand and some dirt on top of all that debris and carefully chose my plants,” she said.

Have you heard of Xeriscaping? It’s a landscaping technique that reduces water usage often by eliminating grass and replacing it with more drought resistant plants. The popular trend out West is growing in the Twin Cities. Here’s Elisa Bernick’s backyard in St. Paul! @WCCO pic.twitter.com/3O6lOIrneP

The location of where she chose to plant is just as important at the type of plant itself. She said it took a lot of research, patience and trial and error before her backyard began to flourish.

“Overall, my water usage has gone down, my plants are thriving,” she said.

Her neighbor is also hopping on the trend.

“We’re gonna be in together on some gardening, so that’s exciting,” she said.

Julie Weisenhorn, a horticulture educator at the University of Minnesota Extension, says while Minnesota’s climate is harsh, it’s still possible to create a xeriscape.

The practice can also be beneficial for pollinators and require less maintenance from homeowners.

Understanding the landscape and drainage systems is a good first step for those interested in transforming a lawn.

The University of Minnesota, among other places, provides soil testing for a small fee. The university provided other tips to save water.

Kirsten Mitchell joined the WCCO team as a reporter in November of 2021. A Saint Paul native, Kirsten is proud to tell stories in her home state. She graduated from the University of Minnesota-Twin Cities (Go Gophs!) and interned at WCCO during her time there.

Man arrested in connection to armed robbery of landscaping nursery