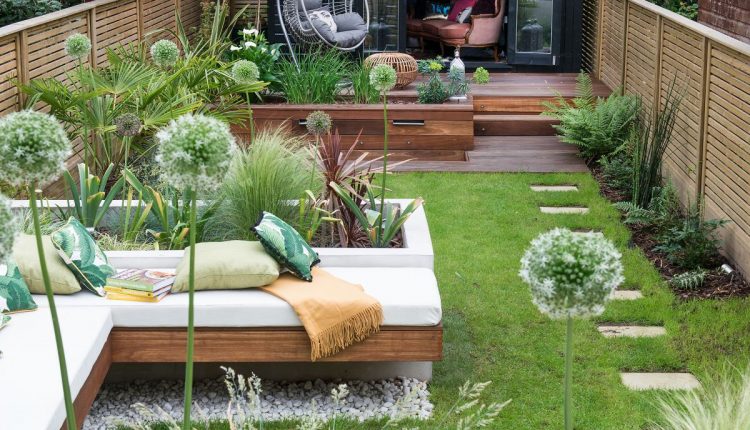 Xeriscaping is the ultimate easy landscaping trend for your garden

Gardens can be intimate spaces to keep looking neat and tidy, however, there is a new emerging trend that promises a beautiful display with minimal maintenance – xeriscaping.

The garden trend is already making waves in America, however, according to horticulturist Michael Perry it is the perfect solution to front garden embarrassment.

Speaking as part of the Green with Envy campaign with Taskrabbit (opens in new tab), Michael Perry, also known a The Plant Geek on Instagram, revealed one in five households say they feel embarrassed that their garden doesn’t live up to their neighbor’s standards. Another 52 percent say they don’t do enough in their garden. That is where the xeriscaping trend comes in.

‘There is a trend in the US that is xeriscaping and this is really for use with plants that are drought tolerant,’ Michael explains. ‘It uses mulch to cover the ground, and uses a lot of drought tolerant plants to reduce the need for watering in the front garden, it makes a great display with minimum maintenance.’

Xeriscaping reduces the need to water plants, making it not only low-maintenance, but also eco-friendly. It was originally embraced in dry regions in the western United States like Colorado, however, has gained in popularity due to it being easy and affordable to maintain.

While a drought-tolerant planting scheme might sound ideal after the blistering week we’ve had, as we all know the UK isn’t always short on rainy weather. However, Michael explains that British downpours shouldn’t be an issue.

‘These type of plants, they benefit when they have more water,’ explains Michael. ‘They’re going to grow quicker and be slightly bigger. But they will also be able to withstand drought conditions.’

So really this garden landscaping idea is a win-win, whatever the weather. However it is important to make sure they are planted in free-draining soil to avoid plants becoming waterlogged.

If you’re keen to test out this easy garden idea Michael suggests investing in colorful sedum. ‘Verbena is a very popular one, ornamental grasses are also very useful in these xeriscapes,’ he adds.

These low maintenance plants are a lovely addition to patio ideas. Block plant your drought-tolerant plants together for a pretty prairie vibe.

Alternatively use the trend as a low maintenance solution to create a pretty border around a lawn.