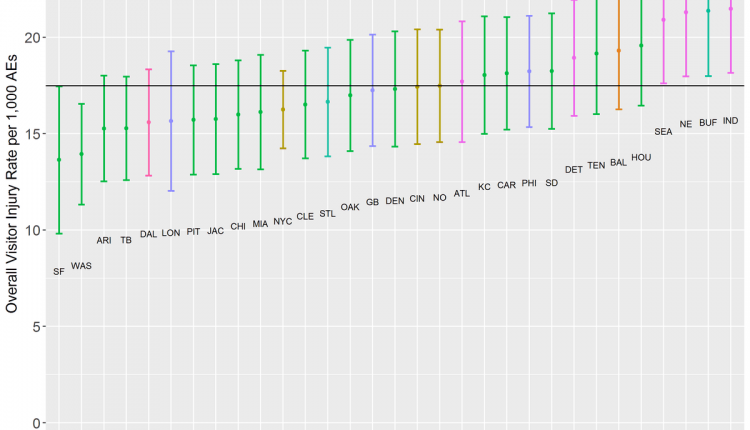 After a game at SoFi Stadium — an artificial turf field — Seattle Seahawks head coach Pete Carroll made some statements about the safety issues inherent to artificial playing surfaces. Primarily, Carroll voiced concerns about the plethora of non-contact injuries that may stem from playing on turf; this of course came following a game in which both teams saw players go down, as DK Metcalf and JC Jackson of the Los Angeles Chargers both suffered potentially season-ending injuries on Sunday. While Metcalf may have escaped the worst possible outcome, Jackson had to have surgery on a ruptured patellar tendon and is officially on season-ending injured reserve. Brady Henderson of ESPN reports that Pete said the following regarding the ongoing debate:

I know that there’s numbers and there’s studies,” Carroll said. “You’ve got to figure out who the study comes from and who’s paying for it. There’s a lot of stuff here that we’ve got to figure out. We’ve got to do the right thing, but we definitely need to keep looking at it, because every now and then, it just feels like something is up, too many guys going down when they’re not even touching anybody. So we’ll see. The turfs are way better than they used to be and all that kind of stuff, but we’ve just got to see.”‘

Henderson went on to say that “Fourteen of the NFL’s 30 stadiums use an artificial surface, including the Seahawks’ Lumen Field,” and notes that JC Tretter — president of the Players Association — made a similar plea in 2020. Tretter cited some pretty staggering injury data that suggest non-contact, lower body injuries are 28% more common on artificial playing surface.

Pete Carroll wasn’t alone in his recent assessment, either. Quandre Diggs voiced similar concerns at a mid-week press conference, as he pondered “why can’t we have natural grass everywhere?” He ultimately suggests that the league should be listening to the players, which you can hear in the clip below.

Quandre Diggs speaks for many NFL players. He hates artificial fields. Says Rams/Chargers field at SoFi Stadium is too slick.

Says Lumen Field is sticky. Got his surgically repaired leg stuck in it early vs AZ, thought: “Get that thing out of the ground as fast as possible.” pic.twitter.com/AnKMnd7DTA

And before anyone in the comments chimes in, “But what about FedEx Field, it’s grass!”, in spite of its reputation, analysis after analysis has found FedEx Field to be among the safest stadiums in the league.

Lumen Field, however, routinely lands on the opposite end of the injury rate spectrum than FedEx Field when analyzes are performed, with multiple studies over the years having identified the Seahawks home field as one of the most dangerous on which to play.