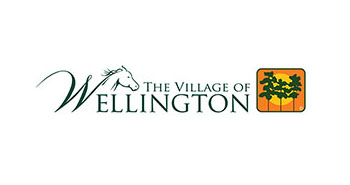 The Wellington Planning, Zoning & Adjustment Board on Wednesday, Nov. 10 recommended approval of a zoning text amendment to allow artificial turf in certain areas where natural grass does not grow well.

“We looked at some of the positive impacts of artificial turf and, obviously, with the fact that you don’t need to water it,” he said. “It does provide a usable surface, especially if there is an issue with accessibility, folks in wheelchairs, it gives more open space for them. There is no fertilization or pesticide, so that cuts down on the amount of chemicals used to maintain natural grass.”

Newell added that artificial turf requires no mowing, is non-allergenic and durable.

However, there are negative impacts, including an increase in heat, about 40 degrees Fahrenheit higher than natural grass, an increase in stormwater runoff, no ecosystem benefits, concerns about the impact of synthetic materials on human health and the environment, odor buildup if not kept clean, and the loss of natural green space, Newell said, adding that staff’s recommendation includes the use of trees to reduce the impact of heat buildup.

Newell added that standards have been put in place for artificial turf that require the material to be of good quality.

“There’s no organization that regulates it, but what we indicated in this document is that based on the type of material, they have to do their own laboratory testing to show that these materials are safe and show that they are meeting federal standards,” he said. “Those are all things that we put in place.”

PZA Board Chair Elizabeth Mariaca asked how many requests have been made to install artificial turf, and Newell said he has had about 10 in the past two-and-a-half years.

“I know other staff members have had calls,” he said. “We will get phone calls [asking], ‘Hey, can I put in artificial turf.’ We have to explain to them no, and the question is, ‘Why?’”

Mariaca asked why the village feels it has to allow the use of artificial turf, and Planning & Zoning Manager Cory Lyn Cramer said the topic has been coming up regionally and was discussed at a recent intergovernmental meeting of different municipalities, the school board and the county .

“We often will run ideas by each other,” Cramer said. “We collaborate on plan review. Anytime we do comp plans, everybody gets a copy of the comp plan. This is something that other municipalities are having to address, and because it has been coming up more frequently in the last couple of years, it’s time that we as a village follow suit with at least exploring the opportunities, and whether or not we want to allow it, because as you know, it is happening.”

She added that the village does not know how many residents and/or businesses have used the material without asking for permission, and whether it has been installed properly, except for one incident where artificial turf had been installed at a commercial property.

Mariaca said she felt the disadvantages of artificial turf outweigh the advantages and should only be allowed if there is no alternative.

PZA Board Member John Bowers made a motion to approve the ordinance, which carried 6-1 with Mariaca dissenting.