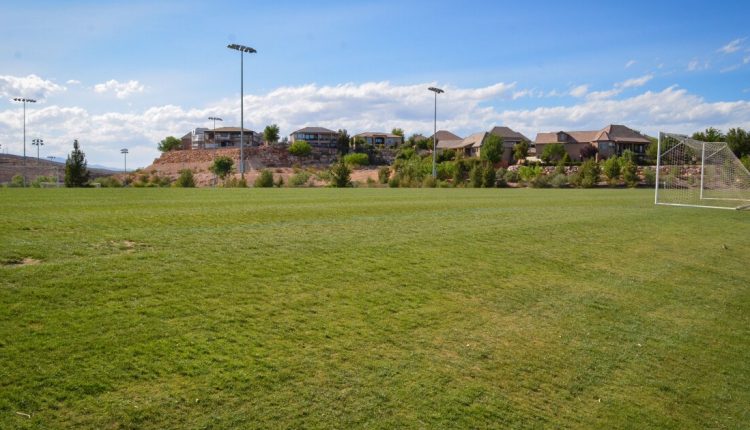 Want to save water outdoors? Some Utahns are looking at artificial grass

As Utah leaders look to limit lawns and save water during the drought, some are making the switch to artificial grass.

The St. George City Council recently approved a multi-million dollar project to remove seven acres of natural grass at a soccer complex and replace it with artificial turf. Shane Moore, the leisure services director for the city, estimated it will save 17 million gallons of water annually.

“We’re going to be able to use the fields a lot more than they have been because we’ve been limited by the fact that grass is not actively growing in the wintertime,” Moore said at a May 5 council meeting. “So actually it’s good for the community and it’s good for our water.”

Washington County municipalities are also working to pass strict water conservation ordinances, as the population continues to grow. One part of the ordinance would limit lawns for new developments. Artificial turf is a good alternative, said Jordan Hess, the public affairs officer for Washington City. The council approved its own ordinance on May 11 that confines lawn to just 8% of the property for new homes.

Hess moved into his home about a year ago and opted for synthetic grass. It was an added expense, but he feels he’s doing his part to help the region’s water supply problems.

The move to artificial turf has also been good for Always Green Synthetic Grass in St. George, which Jenny Acevedo co-owns. She said sales have gone way up over the past two years.

When making the switch, Acevedo said some people are worried that artificial turf can get too hot in direct sunlight, but she said it can cool down with water from a hose. For others worried about the aesthetics of it, she said synthetic grass design and technology have greatly improved in recent decades.

“It may not be for everyone,” she said. “But man, if you’re just conscious about saving water and still keeping everything looking beautiful and green, it’s just such a great option.”

In West Valley City, the council approved an ordinance in April legalizing artificial grass. It was never prohibited, but Utah Public Radio reported the city wanted to give it their blessing to encourage people to make the switch. The lawn at City Hall was also recently replaced with artificial turf.

US Landscaping Services Market Size, Scope, Growth Opportunities, Trends by Manufacturers And Forecast to 2029 – This Is Ardee