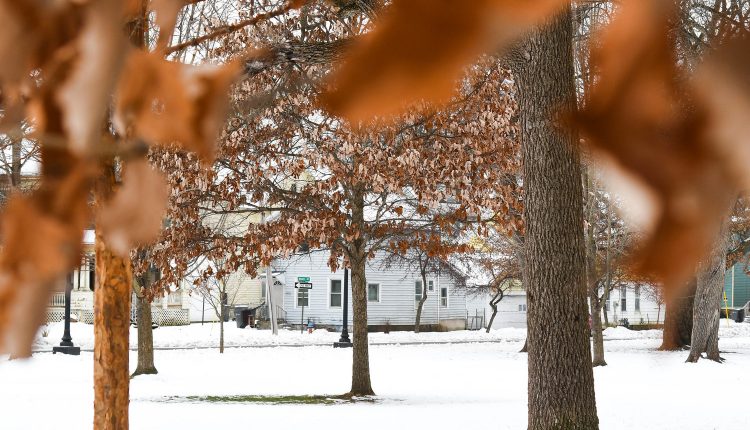 ROME — What are the effects of global warming on urban landscapes?

With Seattle’s driest summer in the record books, which also included some record-breaking heat, the impact on the city’s trees was irreparable, from premature brown leaves and needles to soon branches and excessive seeding — all signs of significant stress, according to arborists and researchers.

“It’s not the gradual change that’s going to be the problem, it’s these extreme swings of too much water, too little water, too much wind, and storm intensities that are going to cause these rapid changes” in trees, said David Nowak, retired scientist with the US Forest Service.

But the problem isn’t unique to Seattle or the West Coast and according to reports, cities worldwide have promised to plant more carbon-absorbing trees to help fight climate change.

But the City of Rome was actually two decades ahead of the game.

Back in 2002, then mayor — Joseph A. Griffo — and his administration made the decision to begin an urban horticulture program in Rome. According to Christian Mercurio, vice president of planning and development for Mohawk Valley EDGE, who was a city arborist at the time, the decision to start a city horticulture program was driven largely by popular demand for urban beautification after the closing of Griffiss Air Force Base due to federal Base Realignment and Closure.

In the 1990s, Mercurio attended SUNY College of Environmental Science and Forestry in Syracuse, which is where, he said, Nowak’s research and analysis happened. That included urban canopy research, willow biomass and American chestnut restoration. And, Mercurio said he was fortunate to be part of several of those projects.

As for Miller’s parks master plan 20 years ago, “He was really onto something – just as the nascent research on the sociological benefits of trees was telling us that the presence of trees in urban areas actually influenced health outcomes, educational attainment, crime rates, things like that — all of this paired nicely with Nowak’s research on the economic benefits of trees in neighborhoods by virtue of mitigating stormwater runoff and flooding, improving property values, reducing heating/cooling costs, absorbing pollution, and improving overall air quality. Not to mention the simple fact that kids and parents stayed longer, played longer at parks when there was shade around.”

He said, “For the first time ever, in the early 2000s, Rome was named a Tree City USA and has been recertified every year for nearly two decades. We even won a national ‘Growth Award’ from the Arbor Day Foundation during that time.”

Now Sen. Joseph Griffo said as president of the New York Conference of Mayors back in the early 2000s, he attended several meetings where investment in city landscaping was discussed. Under his administration, funding would be set aside to hire Mercurio as the city’s first forester, someone with family connections to Rome who was very qualified for the job, he said.

“When we started this in late 2001 to 2002, we put the horticulture program in our full comprehensive plan and ‘planted the seeds’ for a lot of what you see now,” said Griffo. “My successors who held the office after me all fortunately have continued to invest and pay attention to this — and sustain it. I think it’s important when you look at attracting industry and for people who live in the community, and when you’re trying to recruit businesses and residents. I’m pleased it has continued and grown.”

City Superintendent of Streets Tom Jones was one of those team members that also included Carden Rank, the retired City Forestry Crew boss responsible for all the planting, pruning and operations.

Jones attended Paul Smith’s College for urban tree management and actually started out working for the summer in Rome. He was appointed by Mercurio, and he applied and started working for the city’s forestry department at the time.

“At the height of the program, we were planting in-house, at least 100 trees per year, and there were also grants that were applied for through the planning department,” said Jones. “We also contracted out plantings, and those were in the hundreds of trees.”

The tree planting initiative continues today in the form of members of the planning department identifying areas for replacing and replanting trees in certain locations, as well as landscaping features, such as the trees planted in the new median in the 300 block of W. Dominick St .

“The planning department is always looking for tree planting grants,” Jones explained. “We had to remove the ash trees in downtown — the area of ​​West Dominick and James streets — and we’ve already gone through and replaced those trees we had to remove.”

In its day, however, Jones said the city’s horticulture program was responsible for planting at least 10,000 trees, as there were plantings every spring and fall.

“Having already branched out into the neighborhoods, the mission became connecting schools and commercial districts to parks (and parks to parks, for that matter) via an urban greenway of tree-lined streets,” he continued. “From there, the city found itself on the leading edge of the green infrastructure movement. Rome was one of the first Green Infrastructure Grant Program (GIGP) projects in New York – beginning with North James Street.”

For example, before the GIGP, except for the first few blocks, the majority of James Street was largely a “sea of ​​asphalt,” Mercurio described.

“Since that first project – and having contributed to the program’s statewide success – Rome has been awarded a GIGP project in nearly every round of funding,” said Mercurio. “You can see the results in parks, former brownfields, and streetscapes like West Dominick Street, East Dominick Street, Mill Street, and Harbor Way.”

Then, during James F. Brown’s term as mayor that followed, green infrastructure projects continued to evolve, which were coordinated with commercial facade improvements. Tree planting became standard in city public works contracts and construction projects. The Planning Board would start to pay more attention to stormwater and landscaping practices for proposed projects, Mercurio said.

“Mayor (Joseph R.) Fusco continued the progress, and Mayor (Jacqueline M.) Izzo has taken it to the next level altogether – parlaying these green infrastructure projects into collaborations that led to the Hamilton College boathouse and monumental revitalization efforts on West Dominick ,” said Mercury. “As a result, the city, as so many people say, year-after-year, ‘Rome has never looked better.’”

“If we take a tree down, we like to replace it with a new one,” Izzo said. “We regularly restock trees every year. We are part of Tree City USA and if there are grant opportunities available, we do apply for those. So we’re pretty active as far as tree maintenance and replanting is concerned.”

With aesthetics aside, Mercurio said there have been multiple efforts to quantify the data. For example, the city conducted a municipal tree inventory nearly a decade ago, which, utilizing Nowak and US Forest Service Nobel-Prize winning formulas, calculated that for every dollar the city spent on tree planting and maintenance, it extracted $4 in environmental and economic benefits.

“You won’t get that rate of return anywhere else,” he said. “And it’s the easiest thing you can do. I’ve been saying it for 20 years: Trees are the first line of defense against catastrophic climate change – and just about every one of us can join the fight.”

Here’s Why To Get Artificial Grass For Your Home