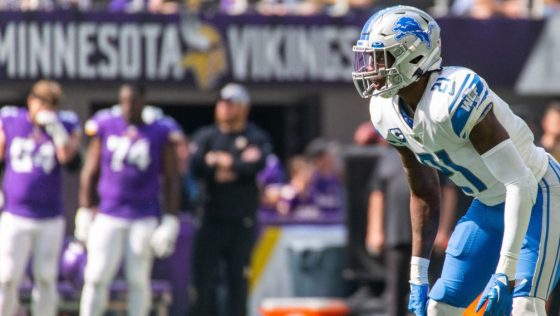 Add Lions safety Tracy Walker to the list of players who think artificial turf increases their risk of injuries.

Walker, who suffered a torn Achilles tendon in Week Three at Minnesota, told Dave Birkett of the Detroit Free Press that he could feel during pregame warmups that his cleats were sticking awkwardly in the turf at US Bank Stadium. That led him to change into a different pair of shoes, and he believes that all contributed to his season-ending injury.

“When I tore my Achilles, that was the first thing I thought about, like, ‘I switched cleats,'” Walker said. “So it’s just like that’s — it could have been that. It could have been, I don’t know. That’s just my belief. I feel like that had a lot to do with it cause that day I remember, particularly, I don’t switch my cleats out and I remember Minnesota cause my new cleats were sticking, so I switched cleats.”

NFL players have grown increasingly vocal about their preference for playing on grass, while the league says injury data shows synthetic turf is no more dangerous. Walker is among those who think it’s past time for safer playing surfaces.

The Many Uses of Retaining Walls

Landscaping trends that can help save water