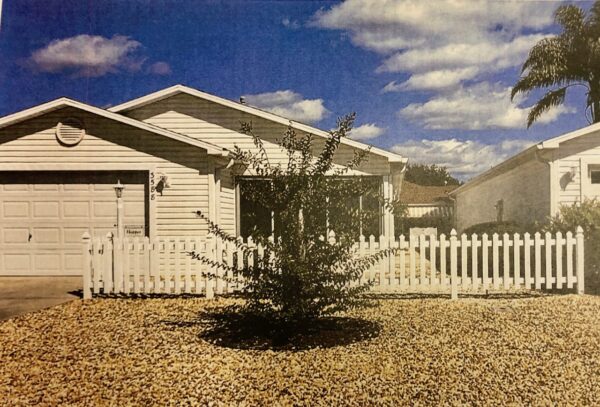 Three Villagers in a villa community have been ordered to remove rock landscaping.

The Community Development District 3 Board of Supervisors held three separate public hearings Friday on the illicit rock landscaping in the Alexandria Villas in the Village of Belle Aire.

The properties are located on Roanoke Street and all three were found in violation due to complaints lodged with Community Standards.

The Architectural Review Manual states that homeowners cannot replace sod with rock at patio villas. Rock can only be used as an accent.

The violations prompted a lengthy discussion about whether rock should be acceptable. Supervisors viewed photos of the violations during the public hearings held at Savannah Center.

“I don’t find this objectionable. I don’t find it offensive or inappropriate. But it’s a violation of the rule. Maybe we need to revisit the rule,” said Supervisor Gail Lazenby. This particular rule has been a point of contention elsewhere in Florida’s Friendliest Hometown. Earlier this year, a homeowner in the Oviedo Villas in the Village of St. Charles bitterly protested a decision by the Community Development District 8 Board of Supervisors ordering the removal of rock landscaping.

Duckett explained that professional engineers have offered an opinion that rock landscaping in patio villas could pose a danger to property. Without sod to help soak up heavy rain, the runoff from the rock could overwhelm the storm water drainage system and cause flooding. Villa roads drain down to the center unlike regular roads which crown in the center and drain to either side.

Brionez warned that changing the rule would have a much broader impact on past deed compliance cases. Homeowners who went to the expense of removing rock and putting down sod after they were found in violation, might try to take action against CDD 3.

At least for the moment, the rule stands in CDD 3.

Do you think the rule against rock in landscaping beds should remain in place in The Villages? Share your thoughts in a letter to the Editor at [email protected]

Multiscale landscaping of droplet wettability and mobility of N95 masks