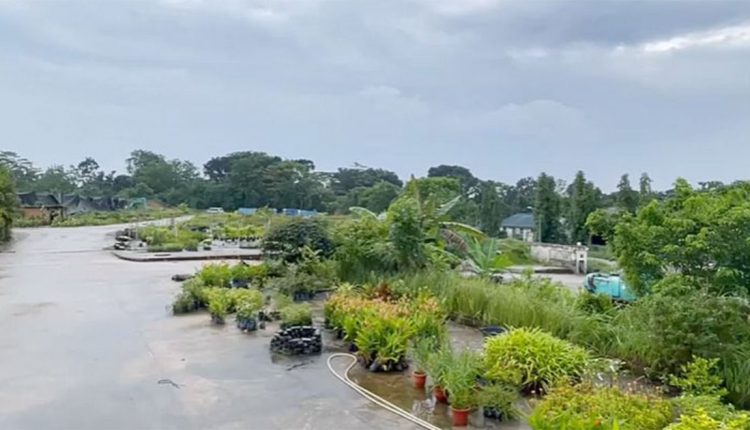 Thousands of plants at Lim Chu Kang farm at risk of being disposed as landscaping firm can’t make deadline to move – Mothership.SG

Follow us on Telegram for the latest updates: https://t.me/mothershipsg

A landscaping company located in Lim Chu Kang is resorting to throwing away thousands of plants and trees worth some S$80,000 after the owner claimed his workers cannot relocate the products in time or even donate them, given that their resources have been stretched to the limit.

The company is one of 70 farms in the western part of Lim Chua Kang that have to make way for the Singapore Armed Forces, which needs the land for military training.

The process of acquiring the land by the state began some time in 2014.

But due to the constraints caused by Covid-19 and current labor shortages exacerbated by the pandemic, the company is left with little to no time, wherewithal, and manpower to plan ahead and complete their move, Shin Min Daily News reported.

Move only 20 per cent completed

Zhu Junwei, 41, the executive director of Mao Sheng Quanji Landscaping Design, said his company was scheduled to move by July 31, 2022, but were unable to complete the mammoth task.

An Aug. 28 deadline extension has been set by the authorities, Zhu said.

But failing to meet the date could lead to action being taken by the authorities.

He told Shin Min that they are only 20 per cent done with vacating the place. He intended for 30 per cent of his plants to be donated, but has yet to make arrangements for them to be transported as he has no time.

According to the Chinese press, Zhu cited a lack of manpower and cost constraints as main reasons for the drawn-out process of moving: “The company started to relocate in early July, but due to the shortage of manpower, and the hot and rainy weather recently, many employees have fallen ill.”

He added that he hopes the authorities can accommodate the firm by granting an extension of an extra month or two, or many — if not all — of the 50 per cent of his current stock of plants will be discarded, resulting in some S $80,000 in losses.

The company, in 2021, had managed to secure another plot of land within Lim Chu Kang just 2km away.

The pandemic affected the move by causing manpower shortages.

Zhu said there were some 400 workers on the farm before the pandemic.

But due to the Covid-19 outbreak, a lot of these workers returned to their home countries or jumped ship to other vocations.

New workers from overseas were only finally able to join the company with the reopening of borders this April 2022.

Zhu added that even though it appears there are numerous hired hands around, those employed are usually older and not suited to carrying out the move, and they have to fulfill contractual business obligations that were signed with clients before the pandemic.

This includes doing scheduled landscaping work at the airport and condominiums.

Moreover, as a result of having to move in May and June, the company had to turn down new contracts, even though it was a good time to make money with Singapore reopening and living with endemic Covid-19.

Some relocation work did get done in May and June, with the new land prepared to be ready for trees and plants to be transferred over.

But the process of moving with only 20 to 30 available staff has been difficult.

Zhu said he has resorted to picking out the pretty, expensive and easily moved plants and will leave behind the odd-looking ones and those used for exhibitions.

Farmland was built up over more than 20 years

The landscaping company was established 25 years ago by Zhu’s father, it was reported.

The land in Lim Chu Kang was acquired by the business in the 1990s.

The amount invested in the business over the years is estimated to be between S$3 million and S$5 million.

Zhu said: “At that time, my father purposely chose a plot of land that was more remote as it would not be earmarked for future housing developments.”

“But who would have thought it would be set aside for military use. We intended to remain in this plot of land for 30 to 40 years, which was why we invested time, money, blood, sweat, and tears into this area. Now we have to dispose of these plants and trees, it is heartbreaking.”

The cost of hiring professional movers is out of the question, Zhu added, as it costs some S$200 per pax per day.

This was why the company resorted to troubling their own staff to help with the move.

In a written parliamentary response to Workers’ Party MP Louis Chua Kheng Wee on Aug. 1, 2022, the Ministry of National Development said of the 70 affected farms in the western part of Lim Chua Kang, eight farms have vacated and returned their plots to the state, and 62 farms remained in the affected area.

Of these 62 farms, 24 farms have successfully secured replacement sites and are in the process of relocating their farms.

The remaining 38 farms say that they are still in the process of looking for a replacement site or are winding up.

The 70 Lim Chu Kang farms previously had their leases extended till July 2022 and February 2023.

The ministry added that the development plans for the affected area cannot be delayed any further.

Since 2014, the affected farms have been informed that their leases will not be renewed after they expire, MND explained.

Agencies have provided many forms of support since then to help relocate the affected farms.

The Singapore Food Agency, for example, has facilitated the food farms in tendering for new agri-land plots and other spaces such as rooftop urban farms or industrial spaces, and worked closely with the farms on their transition plans.

The National Parks Board has also engaged the non-food farms regularly to guide them in tendering for replacement sites, or to move indoors into industrial space where possible.

Funding support has also been provided to facilitate the adoption of technology and innovative solutions to enhance their productivity and modernize their operations, as part of their relocation.

Agencies have also expedited regulatory approvals for farms that are transiting to new farm plots.

MND has also provided multiple lease extensions to facilitate the tenants’ participation in various land tenders and to give the farms more time to plan and execute their relocation plans.