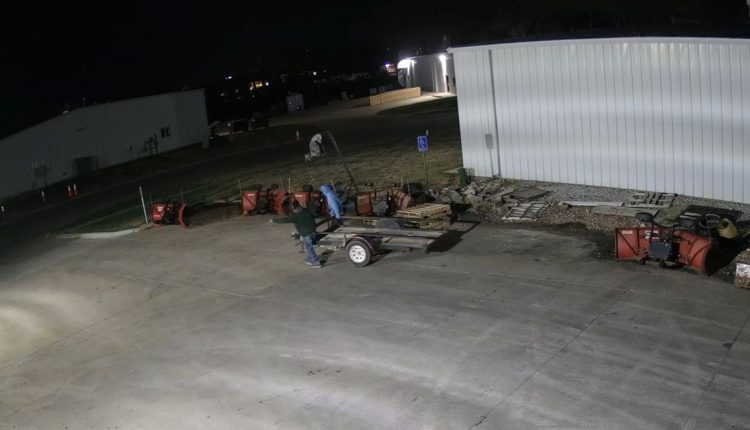 LINCOLN, Neb. (KLKN) – Two thieves waddled off with a trailer from a Lincoln landscaping business back in November.

Lincoln Police are still searching for the culprits, who are seen in security video driving a Ford Explorer to the business near Sixth and Calvert Streets.

The video then shows the thieves pick up a trailer and pull it all the way back to their truck before taking off.

Police are also searching for a woman who stole about $2,000 from a clothing store near 13th and F Streets.

The theft happened on Jan. 9, according to Crime Stoppers.

Security footage shows the woman get behind the counter and grab cash from an unattended register.