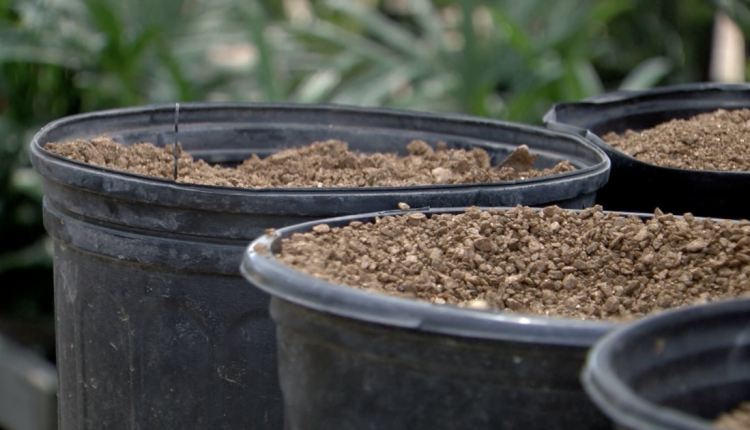 The Texas A&M Forest Service says over 99 percent of the state is under drought conditions, impacting landscaping and trees.

The most important thing you can do for your trees is water. Karl Flocke from Texas A&M Forest Service said they’re seeing a wide variety of trees, such as oak, elm trees, hackberry trees and even some junipers drying out.

“It’s been a pretty challenging year, really starting last September for a lot of the state,” said Flocke.

Flocke said this is the most intense drought Texas has had since 2011.

He said trees are stressed with the lack of moisture, and its showing

“The leaves will start to turn yellow, maybe brown at the tips, they might curl a lot and start to fall off,” said Flocke.

Mike Montgomery at Gil Garden Center and Landscape Company said you can over water trees, which is just as harmful.

“So keep in mind that you want to keep them watered but you can actually over water a tree even in this drought situation,” said Montgomery.

Flocke said drinking water in South Texas comes from rivers like the Nueces, San Antonio, and the Guadalupe, which are still not getting enough rain.

Right now, Corpus Christi is in stage one water restrictions. That means you can only use sprinklers and irrigation systems on garbage collection day. And not between the hours of 10:00 am and 6:00 pm Hand watering with a shut-off nozzle hose is ok any day of the week.

“So we need to make sure we are using that water that is coming up stream sparingly and responsibly to keep those trees alive and keep the shades in our neighborhoods,” said Flocke.

“Water before the sun comes up at 6:00 am To 7:30 am Because you won’t lose any of it. If you water in the sun the sun gets half of it,” said Kocurik-Montgomery.

The Texas A&M Forest Service has a couple of techniques and practices to help limit water waste and increase water retention.