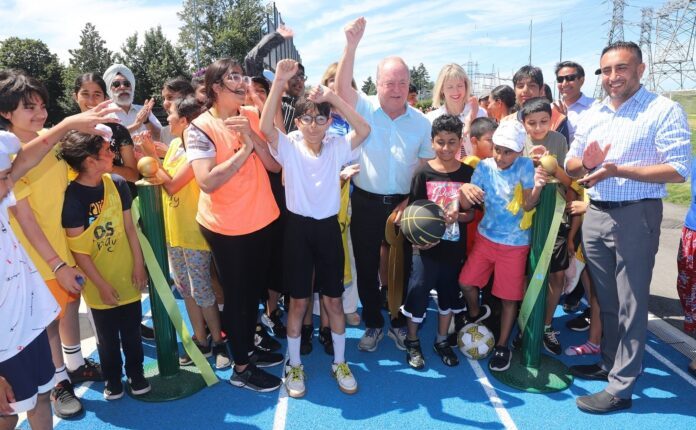 “I am very pleased to open the new amenities at Newton Athletic Park as part of our commitment to invest in parks, recreation and cultural projects to support our growing population,” said Surrey Mayor Doug McCallum.

“Council recognizes the importance of providing opportunities for casual active recreation and competitive play. That’s why we have invested $428 million through the ‘Surrey Invests’ Capital Program to build high quality recreational facilities and amenities in Surrey.”

McCallum noted: “The latest upgrade at Newton Athletic is one of more than 20 ‘Surrey Invests’ capital projects that will ensure our residents have increased access to civic amenities that benefit their health and well-being.” 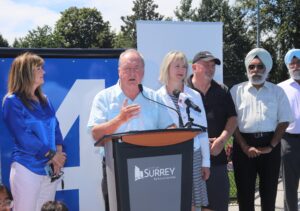 The new signal blue-coloured walking track is a three-lane loop that has been built to track and field quality and standards. It is 630 meters long and 3.7 meters wide. Connected with the existing rubberized walking track, it brings the total rubber walking loop size for the park to over 900 meters.

The surface is a sandwich system of two layers of rubber on top of an asphalt base with a concrete border. The rubberized surface minimizes the impact on the body. 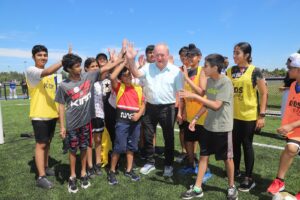 This is the sixth artificial turf field and second rubber walking track for the park, that will be complemented with a new fieldhouse containing washrooms and changerooms in 2023 for the enjoyment of families and sports enthusiasts alike.

It is one of more than 200 parks that have active amenities such as sports fields, sport courts, playgrounds, community gardens or picnic areas.

Surrey is also home to over 600 other parks that protect natural areas, open space, and biodiversity as part of the larger green infrastructure network.

For more information go to surrey.ca/parks. 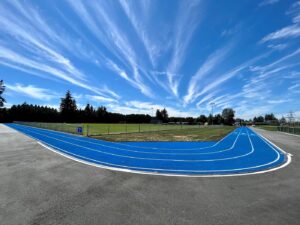 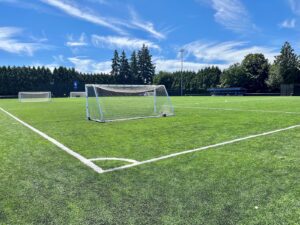