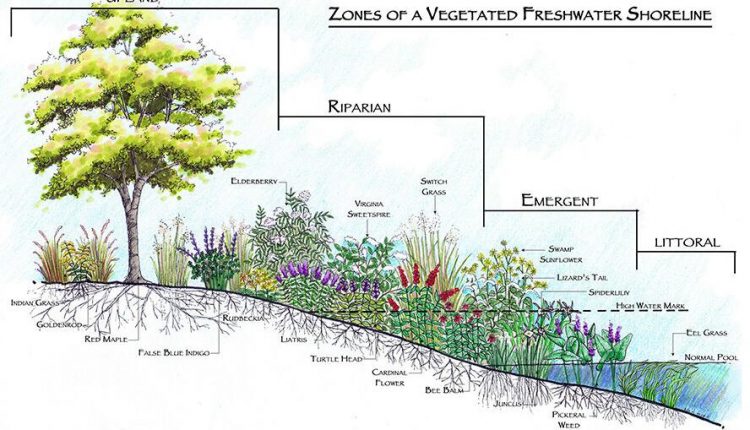 Another alga found at the lake is blue-green, which has only been observed in a few cases. These algae are more dangerous because some species produce a toxin that can be harmful to humans and pets if ingested. So far, the blue-green algae discovered at the lake have not been poisonous.

Hastings said 1 pound of phosphorus in the runoff can cause up to 500 pounds of algae to grow in the lake.

Hastings said he and other SMLA volunteers had met with owners interested in installing a buffer landscape. He said many worked with them to create the landscape while others had concerns without seeing examples for themselves.

To show what a buffer landscape can be, the SMLA received a grant from Appalachian Power last year to create a working example for the people. Hastings said the buffer area will be on hole 5 of the golf course at Mariners Landing.

The buffer landscape should be completed this year but has been delayed due to the pandemic. Hastings said he anticipates the work will be completed sometime next year.

Not only does Hastings have a real-world example of a buffer landscape that people can see, but they are also working on ways to minimize the cost of buffer landscapes for property owners who are concerned about the cost. He admits that some of the people he spoke to chose not to use a buffer landscape when faced with the cost.