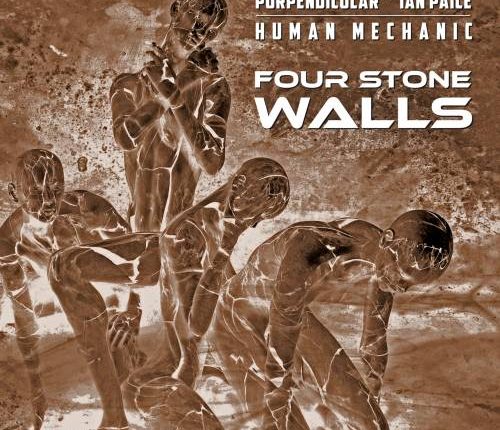 PURPENDICULAR feat. Ian Paice release the official lyric video for “Four Stone Walls”. The song is the new single from the upcoming studio album “Human Mechanic” which will be released on 23.09. by Metalville Records.

The video can be watched here https://www.youtube.com/watch?v=ZZwGdgju92g

“This band is one of the top bands I work with, you’re going to love them, these guys are so good I only have myself to worry about” – Ian Paice 2012

Over the years PURPENDICULAR have collaborated with such great musicians as Roger Glover, Tony Carey, Paul Morris and also Neil Murray.

You won’t find a copy of Deep Purple here, but you will find many different musical influences. But nevertheless: Hammonds and guitars still stand out strongly.

No One’s Getting Out Alive

Tell Us How You Feel