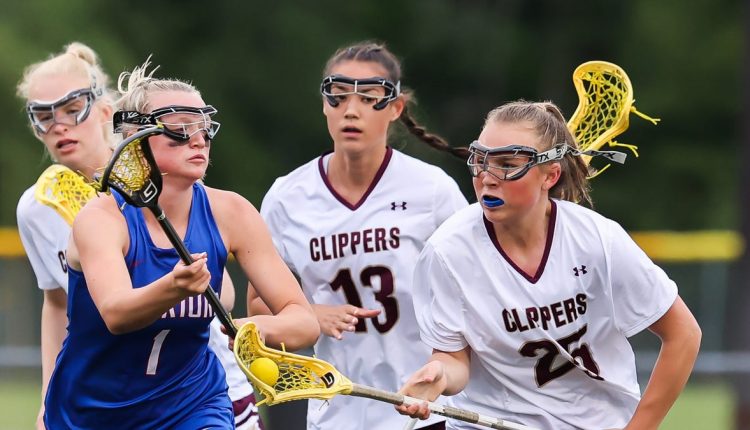 Portsmouth to stay with artificial turf field at high school

The City Council voted 7-2 at a recent meeting to authorize a $3.1 million bond issue to pay for a number of school improvement projects. This includes $1.6 million for the artificial turf field and tennis courts at the high school, according to a memo prepared by City Manager Karen Conard.

The remaining $1.5 million will be used for the repair and replacement of exterior windows at Dondero and Little Harbor elementary schools, according to Conard.

Portsmouth: It will be Indigenous Peoples Day only in city as Columbus Day is canceled

PFAS are man-made chemicals used in products worldwide since the 1950s, including fire-fighting foam, non-stick cookware and water-repellent fabrics.

In addition to being a suspected carcinogen, PFAS exposure in drinking water can harm childhood development, increase cholesterol levels, damage the immune system and interfere with the human hormones, according to the Agency For Toxic Substances and Disease Registry (ATSDR).

Artificial turf fields are seen at schools and colleges and professional stadiums around the world and city officials have stood by their assertion that they do not pose a threat to those who play on them.

Many city councilors spoke in support of staying with an artificial turf field — as is included in the city’s capital improvement plan — because it can be used more frequently and in more months of the year and is easier to maintain than natural grass.

City Councilor Andrew Bagley pointed to the difference between having “PFAS in a plastic mat that you play on versus PFAS that is in the drinking water that you drink.”

“I think it’s important that we understand the difference between playing on artificial turf and drinking water that’s been contaminated,” Bagley said before the vote last week to approve the bond authorization.

“So one turf field is equivalent to multiple grass fields,” Bagley said, adding that “we don’t have the space, the money or the resources to build as many grass fields that we need.”

Replacing the existing artificial turf field at the high school with another one gives more students the opportunity to play sports, he said.

“Giving our kids an opportunity to play outweighs the very small, according to the scientists, risks that these turf fields potentially have,” Bagley said.

City Councilor Rich Blalock said weather in New England does not work well with natural grass fields, noting after it rains the city’s grass fields have to be rested for three days.

He pointed to the recent state championships that both PHS’ boys and girls lacrosse teams recently won.

When he played sports in high school, there were no lacrosse teams because there weren’t enough playing fields to support them, he said.

“Another thing that happens is the geese eat the grass. They poop on the grass,” Blalock said. “Geese do not eat artificial turf, so they don’t defecate on the turf.”

He stressed the importance of giving students more “space outdoors to play.”

“This turf field provides so many opportunities for all the sports teams at the high school and the community,” Blalock said.

A school board decision

Mayor Deaglan McEachern noted during the discussion the City Council could neither approve nor reject the bond authorization.

He noted it was up to the School Board to decide what type of turf field and turf infill will be used at the high school.

City Attorney Robert Sullivan agreed but Nathan Lunney, the school district business manager, said school officials plan to report back to the council and school board about what infill they’re planning to use.

“Given all the conversation you folks have been having, and the community’s been having, we anticipated that that would be an appropriate step,” he said.

Conard said school officials told her they’d work with the city’s engineering consultant “to evaluate all the appropriate infill materials and provide that information to both the School Board and City Council.”

“I think we’ve all learned a lot from the previous turf field exercise,” she added.

McEachern said he was supporting the bond authorization but also wants school officials to make the “disposal of the existing field part of that procurement process.”

He also maintained that artificial turf fields offer more opportunities for students to play on them than grass fields.

If officials had decided to replace the high school artificial turf field with a grass field they would have had to have “a conversation of what sports and times do we take away from our students,” McEachern said.

City Councilor Kate Cook, who like City Councilor Josh Denton voted against the bonding authorization, said she didn’t feel comfortable supporting it because the council hadn’t had “that bigger conversation” about grass versus artificial turf fields.

“How many sports can you play on a grass field?” she asked. “We haven’t done that deep dive.”

Rising Portsmouth High School senior Brady Kilroy was one of several student athletes who asked the City Council to stay with an artificial turf field.

Kilroy is a member of the varsity football and lacrosse teams.

“If there’s one thing I’m grateful at PHS it’s definitely the turf,” he told the council, adding “the turf is just a million times better than the grass.”

Former City Council member Esther Kennedy, who is a school administrator in another district, acknowledged that grass fields do “take a little more time and energy” to maintain.

“But with appropriate rotation, appropriate maintenance, they are excellent fields and safe fields,” she said.