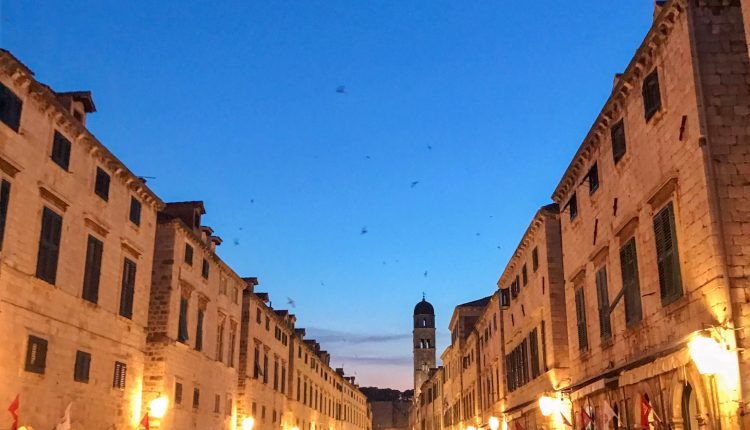 When I imagined Dubrovnik before I had ever visited it, I would always picture a city of castles. When I finally went, I saw that it was very similar to the Dubrovnik I had envisioned. The castles, medieval architecture, deep blue waters and green nature come together here, creating a city that resembles a fairy tale paradise.

You want to believe in the existence of time travel on every street you visit in the Old City, which is surrounded by high stone walls dating back hundreds of years.

The street of Stradun, in Dubrovnik, southern Croatia. (Photo by Özge Şengelen)

Dubrovnik, which has recently housed movie sets, hosts many tourists with its historical sites, natural beauties and deep blue waters. Although Dubrovnik is a city that can be visited in any season, it is a destination you can opt for during the summer season due to its wonderful beaches, but I must say that it gets very crowded. The filming of the “Game of Thrones” series in this city especially increased the interest in the Adriatic town even more.

If you want to enjoy this paradise away from the crowd, it may be better to choose the spring months. It is also useful to remember that if you go in the winter season, you may not be able to take the Lokrum Island boat tour, which is one of the things to definitely do in Dubrovnik. Because when it rains, these tours are called off.

This city, formerly known as Ragusa, is famous for its Byzantine-era city walls. These city walls damaged by the war in Dubrovnik, which was also a part of the Ottoman Empire for a while, were restored in 2005 and taken under UNESCO protection and are listed as a UNESCO World Heritage Site.

As you can imagine, visiting the city walls is at the top of the to-do list in Dubrovnik. You can visit the walls, which have an entrance fee, within about two hours, but it is better to go early as it gets overcrowded. 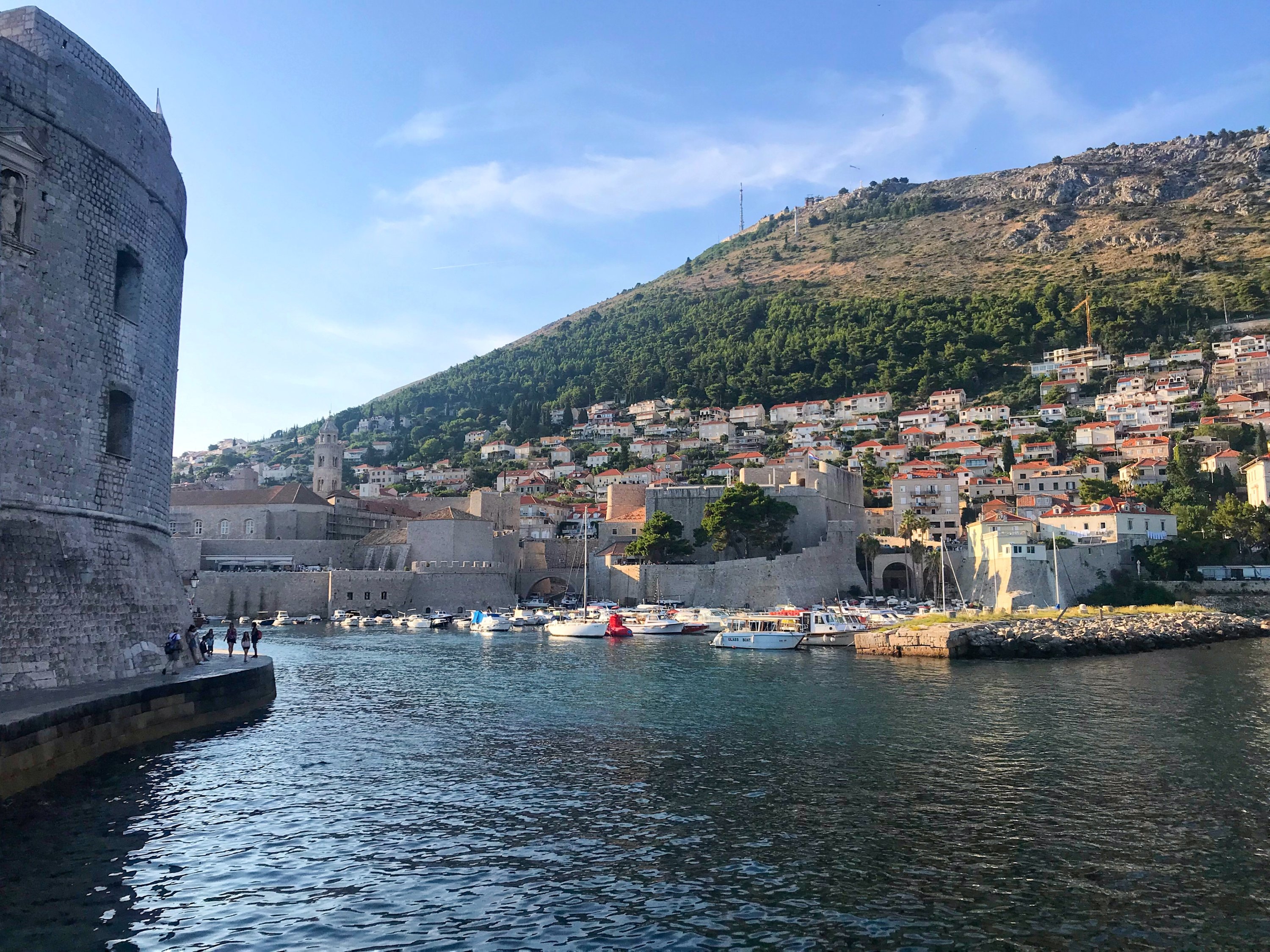 The marina of Dubrovnik, southern Croatia. (Photo by Özge Şengelen)

Stradun is the main street in the Old Town of Dubrovnik, with the “Pile Gate” on one end, which is considered the entrance to the Old Town, and the “Ploce Gate” at the other end.

After entering through the Pile Gate and walking along Stradun, you arrive at Ploce Gate and immediately pass to the city port. Boats depart from Dubrovnik, which is also a city port, to Lokrum Island. 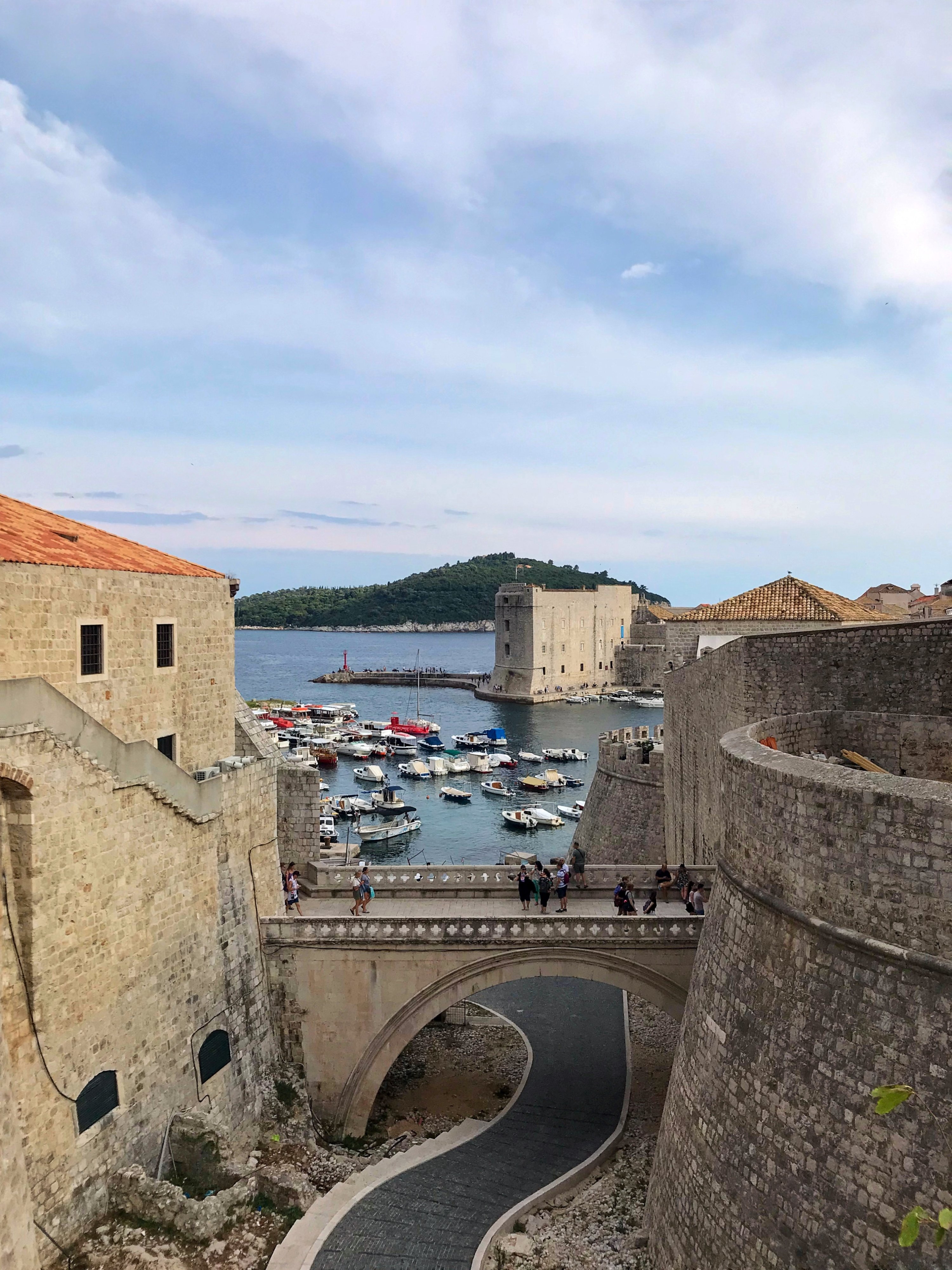 The Pile Gate of Stradun, in Dubrovnik, southern Croatia. (Photo by Özge Şengelen)

While walking on Stradun, do not forget to enter the side streets, get lost in the narrow passages and take photos between the stone walls. Stradun also hosted some scenes from the Star Wars movie. I read that an apartment on this street was paid 140,000 euros ($138,000) to keep the curtains closed for half a day. I imagine homeowners here pray to be lucky enough to host movie scenes.

There are many historical buildings on the street that you should see near the entrance gate and close to the exit gate.

When you enter the Pile Gate and reach Stradun, Onforio Fountain will greet you. This fountain from the 15th century was built to meet the water needs of the city at that time. According to legend, the architects who built the fountain were punished for every drop of water that dripped from this fountain and was wasted.

Opposite the fountain is the Franciscan Church. Inside the church is Europe’s oldest pharmacy which is sure to pique the interest of enthusiasts. On the pharmacy wall, you will see protruding animal heads and brave people trying to stand on them. In fact, this used to be a gutter system designed so the rain flows down from the top of the building to the ground, but today, if you manage to balance on one of these ledges and take off your T-shirt, you are guaranteed a year of good luck. It was very amusing to watch those who tried, but it seemed really difficult. 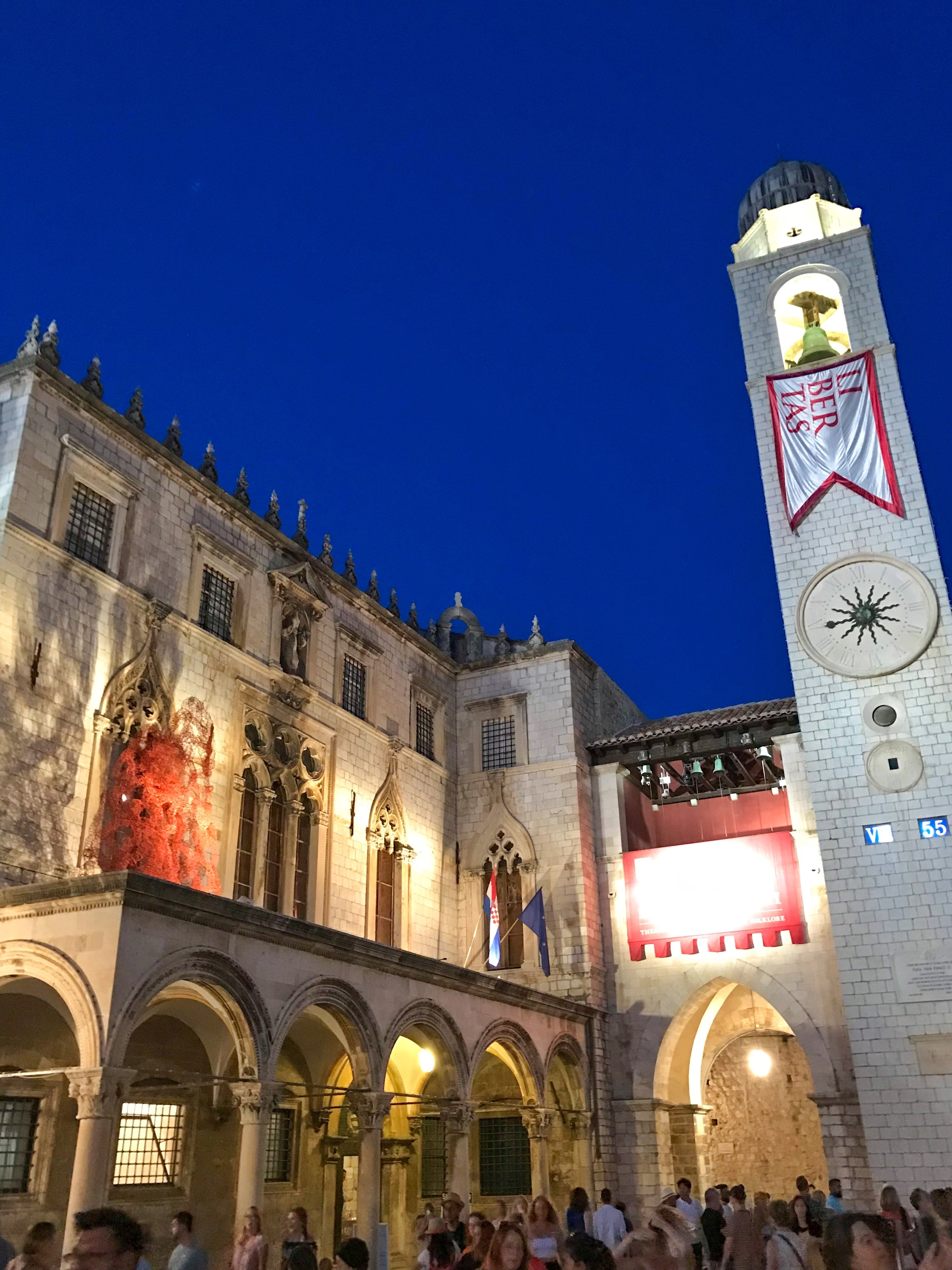 The clock tower on Stradun, in Dubrovnik, southern Croatia. (Photo by Özge Şengelen)

The Orlando Column, the Clock Tower, the Sponza Palace and the Dominican Monastery are all near the Ploce Gate and are also places you should see.

Let’s come to the most crucial part for me; The beaches of Dubrovnik.

As someone who loves summer and the sea, Dubrovnik’s beaches caught my attention just as much as its medieval streets.

You should definitely go to Banje Beach to swim in the sea with a wonderful medieval view close to the city center.

At Banje, the most popular beach in the city, you can have a wonderful beach experience before trying the delicious food of the nearby establishment in a magical ambiance.

Lokrum Island, which you can reach in 15 minutes by boats departing from the port, is a different alternative for swimming. On the uninhabited island, you can enjoy the sparkling sea and feel intertwined with nature. 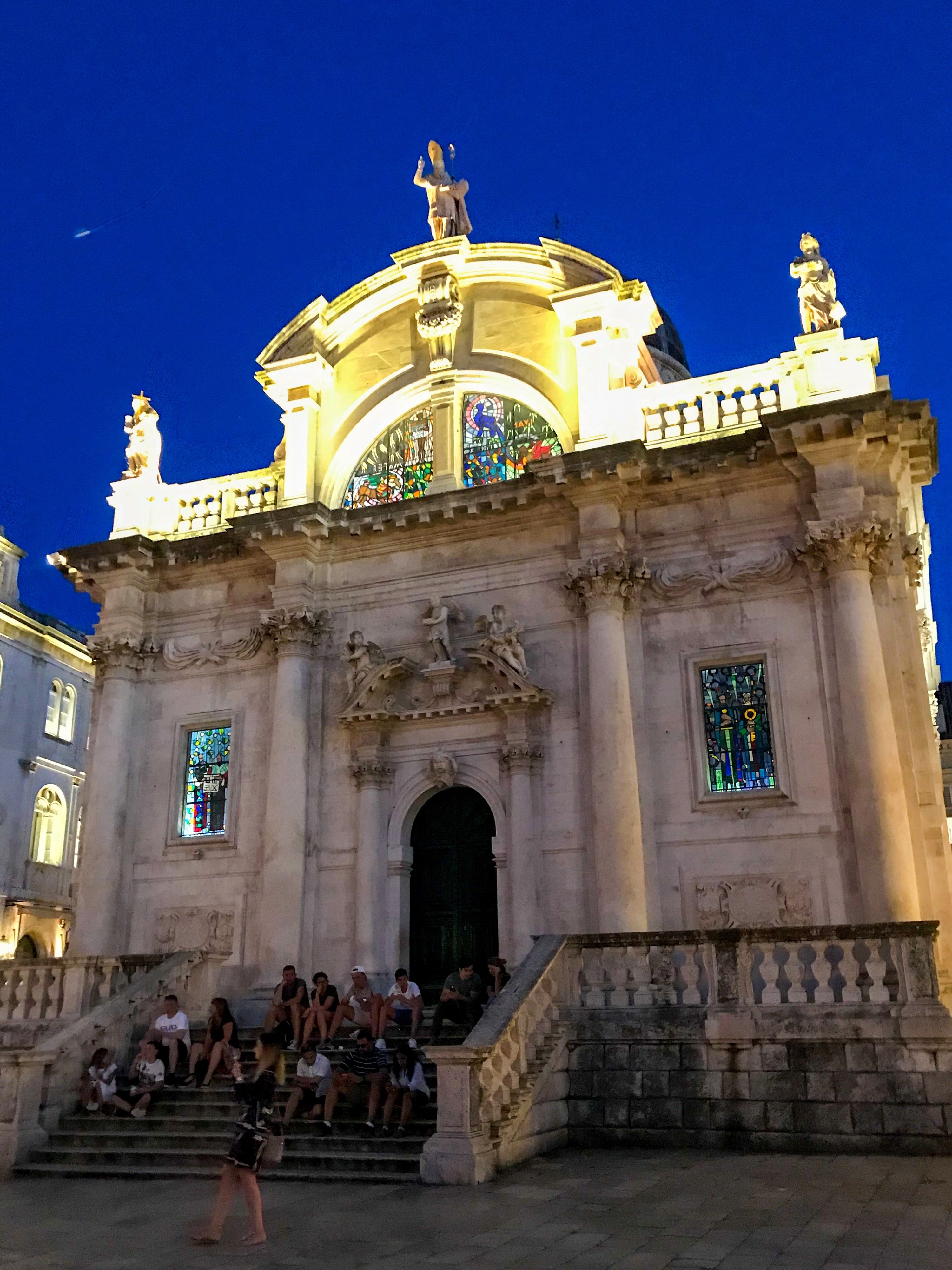 Copacabana Beach located in the Lapad region was among my favorites. We went here almost every day while in Dubrovnik to go to the sea. The water is so clear and clean that you don’t want to get out of the sea until your skin becomes wrinkly. In Copacabana, which has a long coastline, there are also facilities you can use apart from the area where you can swim for free.

In Lapand, which is a more modern residential area than the Old Town, you can enjoy the sea and the sun on the beaches of Cava, Uvala Bay, Neptune and Gorica Svetog besides Copacabana.

When traveling, I love the downtime after the hustle and bustle of visiting must-see places. Therefore, it is very important to determine the correct number of days to spend in each place I travel so I have enough time. In each city I visit, I eagerly wait for the day’s itinerary to be complete until I can spend time just enjoying the city.

Towards the end of my trips, I like to sit at a cafe in the most lively part of the city and have a quiet drink, keeping the pulse of the city while people watching – and these are the hours I enjoy the most. 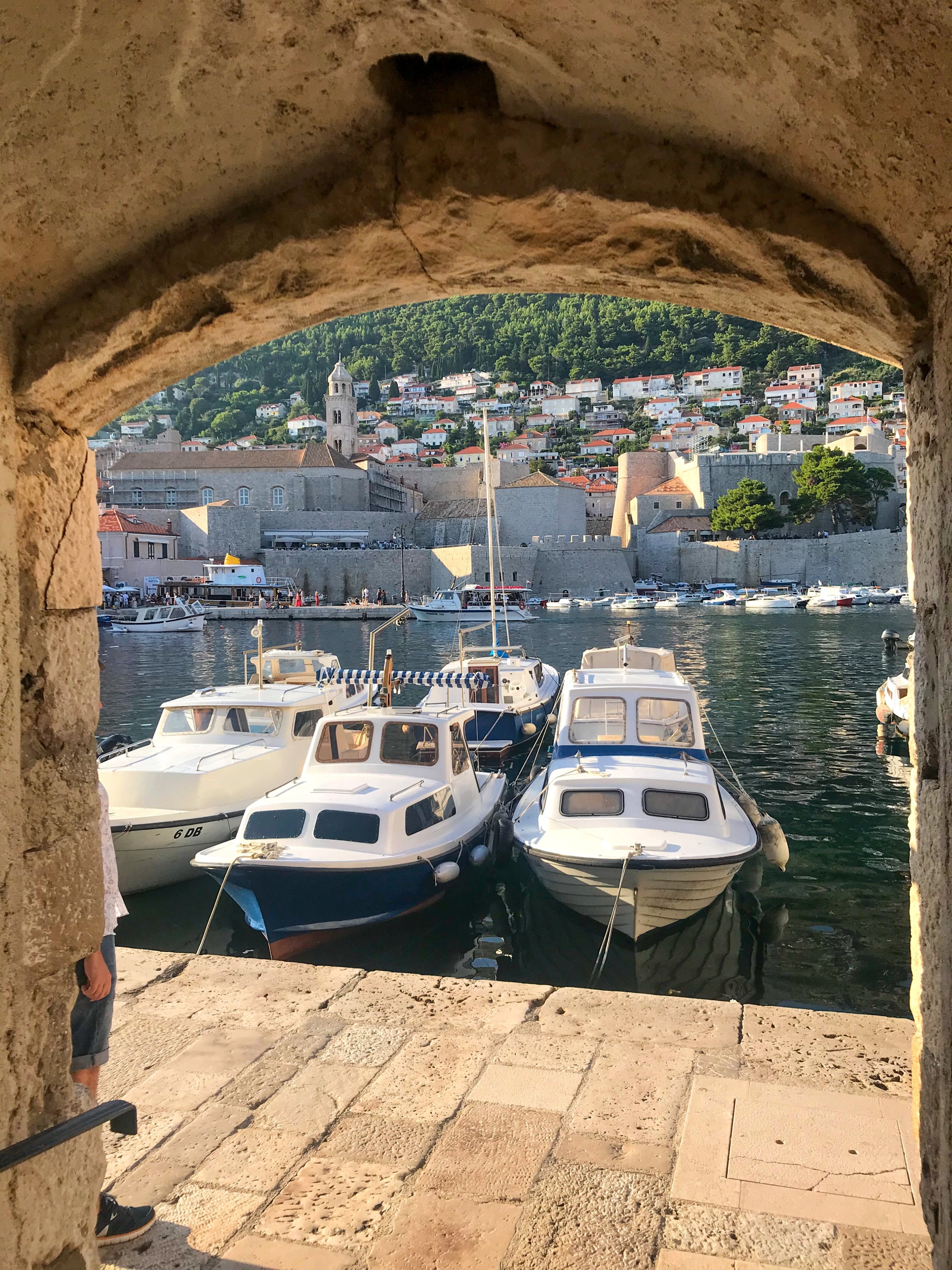 The Ploce Gate of Stradun, in Dubrovnik, southern Croatia. (Photo by Özge Şengelen)

I performed the same routine again in Dubrovnik. While sipping my coffee in one of the cafes around the Clock Tower, it was as if I was sipping the pleasure of discovering another city and another culture. In contrast to the people running around, all seeming in a rush to get somewhere, I sat calmly and suddenly became a local of the city.

It was as if I would soon get up and walk down Stradun, greet acquaintances and climb the stairs through a stone-walled alley to reach my home. I was dreaming of my house, what would it be like?

At the end of each trip, when dreaming and visualizing what it would be like if I lived in the cities I travel to, it actually reveals my opinion about that city. Maybe this is my way of evaluating cities.

I recommend you try it, too. If you are a travel lover like me; this dream world you create at the end of each trip can help sustain you for a while as you count the days to your next adventure.

Disneyland unveils more artificial turf around the park, including around Mickey floral planter

2 hours ago
Artificial Grass And Turf