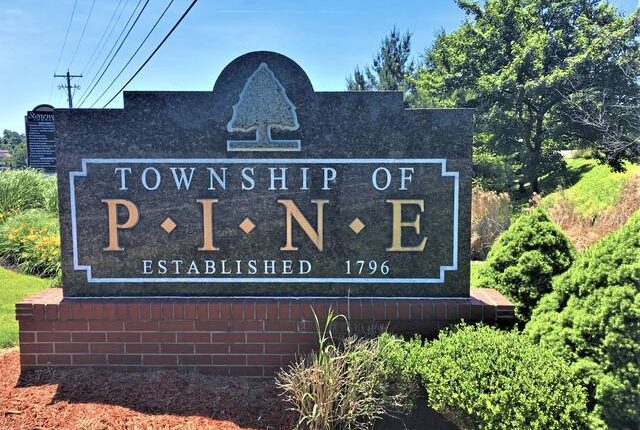 Work is underway in Pine on a multi-million project to tear out the soccer fields at the community park and replace them with a pair of multi-use fields that will be covered with artificial turf.

Township officials said the project is part of the township’s ongoing effort to improve the recreational facilities and programs offered.

“There have been discussions during the past several years about the need to deal with the poor draining in the fields,” said township manager Jason Kratsas. “There’s a lot of demand for those fields, but the drainage problems make them unusable during a lot of the year.

“They get torn up pretty good from being used constantly,” he said. “And it’s even worse after it’s rained and there hasn’t been enough time to dry out.”

As township officials began developing plans to address the drainage issues, the discussion turned to finding ways to extend the time of year the fields can be used and increase the way those fields can be utilized.

To do that, municipal officials began looking at getting rid of the grass and replacing it with an artificial surface.

“The main thing we were trying to address is the drainage, because it significantly reduces the amount of time the fields can be used by the sports leagues as well as residents who need a large, open, grassy space to toss a ball or Frisbee, ” Kratsas said. “So we really started looking into replacing the grass with turf.”

Mike Schesler, vice-president of Pine-Richland Youth Football and Cheer, said the organization is “really looking forward to having a turf field in the community.”

We usually practice on a wet field or even in the rain since we don’t have other options readily available,” he said. “The quality of practice is reduced, the areas of the field that are playable is minimized and we usually damage the fields to a point beyond repair during the season.”

Kratsas said the new fields will be lined for soccer, football, lacrosse and field hockey to accommodate a greater demand for fields on which to play those sports.

“During the planning process, we heard that some of the lacrosse teams had to practice in a parking lot because the fields were too wet to play on,” he said. “This should help us add more time that the fields can be used during the spring and summer when the drainage issues can really be a problem.”

In August, the board of supervisors voted unanimously to approve spending nearly $1.93 million for the project, which will take between three and four months to complete.

The contract was awarded to the lowest bidder, Keystone Sports Construction of Phoenixville in Chester County.

The only other bid for the work was for $2.175 million from Force Turf Solutions in Indiana County.

The township is using about $1.5 million collected from impact fees that are assessed on developers, he said. The remainder of the money will come from an American Rescue Plan grant, Kratsas said.

Once the grass has been removed, a thick bed of gravel will be used to collect and hold rainwater underground so that it can slowly dissipate into the surrounding soil.

A layer of rubberized material with holes that allow stormwater to drain through it will be placed between the rock bed and fake turf to soften the surface while still draining water away.

“The variations in high at different parts of the fields was as much as 8 inches,” Kratsas said. “So in addition to adding a better drainage system, the surface needs to be leveled out to prevent puddling.”

An artificial surface also will reduce the amount of time township crews will have to spend maintaining the fields.

“They don’t have to be mowed, which means our crews can use that time for other duties in the township,” Kratsas said.

He said the only general maintenance the new turf fields will require is to groom them by pulling a rake behind a golf cart to remove debris from the surface.

While the current project will be limited to resurfacing the fields with turf, the goal is to continue adding bleachers or other amenities to the field area.

He said the additional revenue generated by more teams renting the fields for a longer part of the year should help fund some of the future park improvements.

Kratsas said resident surveys and comments from people all point to bolstering recreation opportunities in the township.

“Recreation is always right near the top of the list when residents are asked what they want the township to invest in for the future,” he said.

Because of its mostly suburban and rural makeup, Pine does not have a “downtown” in the traditional sense.

“We look at the park as a central gathering place for the entire community,” he said. “That’s why we regularly ask residents to share their ideas about what they want in the park. It’s a very important part of the process.”

Tony LaRussa is a Tribune Review staff writer. You can contact Tony by email at tlarussa@triblive.com or via Twitter .