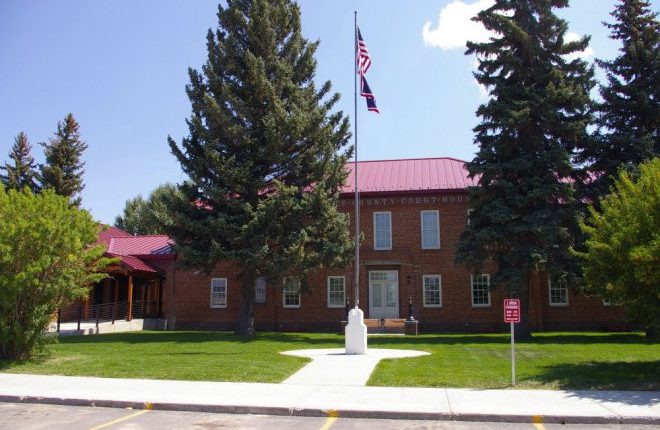 SUBLETTE COUNTY – A man who “invested” at least $110,000 in a Big Piney landscaping business and expected to be repaid in March with percentages of gross income from completed jobs filed a civil suit in 9th District Court seeking repayment.

Both “initial investments” would be repaid “no later than 3/26/22 by Triple Peak!,” according to copies of the contracts filed with the civil lawsuit.

Murdock’s payments would be included with each monthly report, it says.

Through June 15 of this year, Murdock also provided “additional monies by checks to defendants” for a total of at least $143,000, the suit says.

“As of the filling of this complaint (July 21), no payments have been received by (Murdock) from the (Copeland) nor have the defendants provided (Murdock) with documents regarding completed projects, percentages of gross income from projects completed by Triple Peak Landscaping LLC or any return on his investments,” the suit alleges.

Damages sought for breach of contract are no less than $143,000 and to be determined at trial, it says. Murdock is represented by attorney Travis Bing of Pinedale.

“Upon information and belief, (Copelands) have received a substantial financial benefit at the expense of (Murdock) without repayment, according to the suit’s second count.

“Unjust enrichment” is a general principle that one person should not enrich himself at the expense of another and restitution should be made, it explains.

The lawsuit outlines four elements of unjust enrichment that must be proven for the one seeking damages that includes a party accepting and enjoying “valuable services or materials” without making repayments.

“Defendants presumably used the plaintiff’s investment deposits in order to expand their landscaping business, reap a monetary gain and or to enrich themselves … without repayment for the monetary benefits acquired,” the complaint says.

It seeks prejudgment and post-judgment interest on Murdock’s damages, payment of his attorney and court costs and any other “just and equitable” relief.

Shane and Ramsey Copeland and Triple Peak Landscaping “admit” in their Aug. 17 response that they executed a contract for $80,000 and $30,000 investments and signed documents were made to create a legally binding contract.

All other allegations are denied and they ask for the complaint to be dismissed. They are represented by attorney Clark Stitch of Rock Springs.

Tips for landscaping in the UK: different ideas for designing your garden.

GARDENING: Adding colour to your landscaping for the autumn

3 mins ago
Artificial Grass And Turf

Tips for landscaping in the UK: different ideas for…