And she’s taking a page from the document to develop a pilot program inspired by her mother’s love of gardening to address needs identified by city residents by developing the Scenery and Home Superior Landscaping Project.

“Landscaping in neighborhoods could have just a huge impact, not only for the homeowner, but for the entire street,” Van Sickle said. “I just think landscaping makes just a huge difference.” 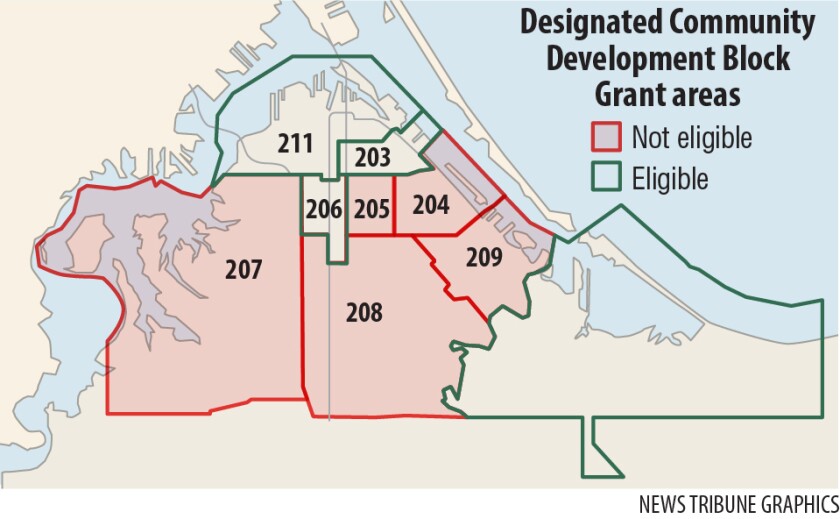 The pilot project would utilize $15,000 from the city’s neighborhood improvement fund for landscaping services and upkeep for selected homeowners in designated Community Development Block Grant neighborhoods to improve the look of those neighborhoods. Grant recipients must own the area being submitted for services and the area must be public facing. Preference could be given to corner lots, which would have a bigger impact on the block. Items that would not be funded include paving, benches, fences and junk removal.

Nominees to the program can apply for three grant amounts: $3,500, $2,500 and $1,500 in landscaping services. Each project will reserve $500 for maintenance services in the second year of the program.

CDBG neighborhoods eligible for the program coincide with several of the neighborhoods residents identified as needing improvement.

“I really believe that sometimes all we need is a little boost,” Van Sickle said. “The grant amounts I proposed are modest. We’re not talking about extreme home makeovers or anything. We’re talking about … beautification, and I think there are ways we can build in things like pollinator gardens or native grasses that prevent stormwater runoff, really investing in quality, low-maintenance plantings.”

She said the goal is to help neighborhoods transform.

“I just want to say that I think aesthetics are really important to pay attention to,” said plan commissioner Brian Finstad. “I think a lot of times in the city in the past that aesthetics has been put aside … I see a direct connection between aesthetics and perception of the city, and the city’s ability to attract investment, residents, visitors.”

Superior has some experience with giving neighborhoods a boost with modest efforts. In the early 2000s, the city managed a program to help people with barriers paint their homes. Paint the town brought together teams of volunteers to paint 10 homes in various parts of the city in the summer.

In some cases, the program encouraged other residents in the neighborhood to spruce up their homes, said Jason Serck, economic development, port and planning director.

Councilor Brent Fennessey said if the goal is to create a kind of synergy, he would suggest focusing grant funding and efforts in one neighborhood at a time to see what happens.

“It’s not a big amount of money,” Finstad said. “It’s a pilot project so we can see how it goes and adjust if necessary.”

Van Sickle said her goal is to roll out the program this winter and award the grants by Mother’s Day, so projects can be done over the summer.

“The key to this is working closely with the contractor that is selected to do this,” Serck said.

“I think it’s just a boost that some folks might really appreciate and need,” Van Sickle said. “And we’ve been doing it now for a handful of years for small business really successfully.”

Van Sickle said she will refine the program with suggestions from members of the plan commission and present the program to them for consideration in December.