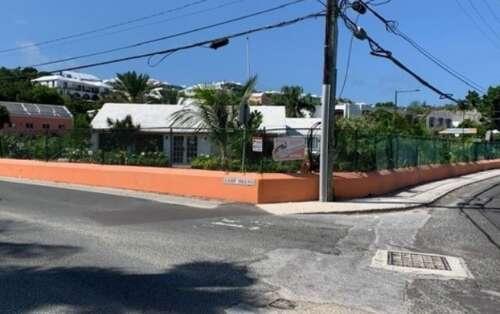 An application has been made to wind up a well-known landscaping business, a court heard today.

Puisne Judge Larry Mussenden was told that Sousa’s Landscape Management Company had “a lot of creditors” and was unable to pay money owed.

Last month he ordered the business to disclose information about the potential sales of palm trees and a truck as well as invoice and payment details for the past three months.

He then added that the proceeds of any sale of the assets, less reasonable sales expenses, be paid to Two Camp Ltd, which launched legal action earlier over unpaid rent and land in Southampton where Sousa’s ran a garden centre.

The civil court heard in December that this debt was just over $130,000.

Jeff Sousa, the president and founder of the landscaping business and a former One Bermuda Alliance MP, said then that negotiations continued about the possible sale of palm trees and that other companies were “very interested” in potentially buying a crane truck.

Precious Smith, of ASW Law, who represented Sousa’s in court today, said she was informed that “because of the proceedings that were taking place, a lot of the purchasers had bailed out of buying the assets”.

Ms Smith said the directors believed this was in best interests “considering the fact they have a lot of creditors that were owed and the company was unable to pay its debt”.

She asked the court to stay the proceedings to avoid a scenario where one creditor was put at an advantage over others.

Jennifer Haworth, of MJM, who acted for Two Camp, said: “While I can appreciate that the court obviously has to be mindful of consideration of other creditors, at the moment we have no information to support that.

“It certainly would have been helpful if the company had provided information that was ordered last time.”

She argued there was “nothing really” to support a need to stay in proceedings.

Ms Haworth added that it would be appropriate for Sousa’s to disclose the information as it was ordered to do last month.

She said: “We would be asking the court not to make a stay in circumstances where this has been going on for quite some time.”

Mr Justice Mussenden said: “It seems to me that Mr Sousa was coming here and each time he was coming he was making a promise that he was selling something in order to be able to satisfy the debt to the plaintiff.

“As a businessman, perhaps he had every positive intention to do so and he and the company might have been hanging on literally by their fingernails to try to make something happen.”

He added that if a winding-up petition was filed, it will be heard in a session reserved for such matters.

• It is The Royal Gazette’s policy not to allow comments on stories regarding court cases. As we are legally liable for any libellous or defamatory comments made on our website, this move is for our protection as well as that of our readers.