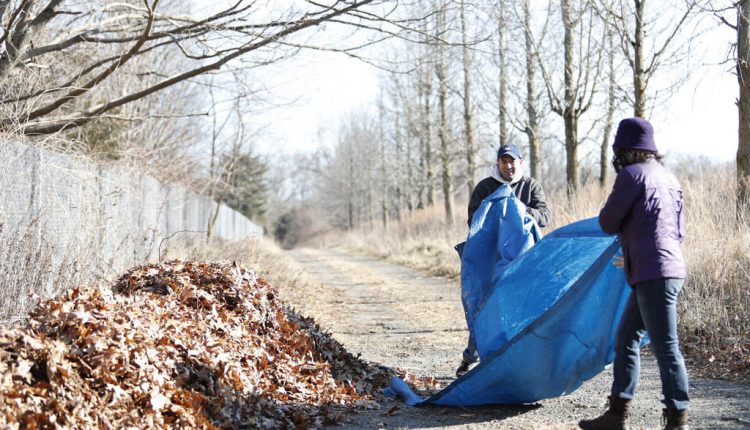 Let me add my voice to the chorus of requests I have seen in the papers over the past few weeks and months for something about the sound and effect of leaf blowers and, I may add, other machines powered by them inefficient and heavily polluting small engines are doing to our air quality.

Beyond the noise problem, the air pollution from exhaust emissions from these engines has a direct impact on our breathing and the known effects of air pollution on asthma and lung problems, which lead to thousands of deaths nationwide each year.

Both the landscaping crews at Griggs Farm, where we lived for seven years, and the crews who live on Pine Street, where we’re currently renting, seem to get through in three waves: one with motor mowers, one with edger / Trimmers and once with leaf blowers, and all of these machines use the same deafening and heavily polluting two-stroke engines. I’ve also seen gas powered hedge trimmers.

Any regulation should prohibit or regulate the use of all these machines.

As soon as the landscaping crew’s machines approach, I have to hurry to close the windows and doors or the pollution has entered my house and is difficult to remove. And when you’re out when a crew comes by, it’s like a hurricane.

I recently had the misfortune of having to walk past 7-Eleven and the post office on the driveway while a crew of two worked there and only blew a few leaves away (where did the leaves land?), But the whole thing was chafing paved surface and blowing Dirt and trash along with the few leaves around. I held my ears, but I didn’t think of holding my breath until I was caught in a thick cloud of pollution and absorbed half a lung. The harmfulness of the dense cloud of dirt and emissions was terrible and obvious.

I’ve always thought that using rakes and brooms was a better approach like it used to be, but I’ve seen interviews online with landscapers whose main goal is to get it done quickly and move on to the next job. Another investigation found that a number of cities across the country have enacted ordinances banning gas-powered leaf blowers. The usual solution is to replace battery-powered electric blowers, which are now just as powerful as the gas versions, a little quieter and zero emissions (although they blow dirt and debris into the air as you work). This would be a much better solution as the landscapers shouldn’t mind switching the equipment they are already using to electrically powered versions as that shouldn’t slow them down at all. And it would certainly benefit workers who clearly suffer more than the rest of us from using such dangerously unhealthy machinery.

I like the city’s reminder, sparked by the pandemic, that “we are all together on this matter,” and I think it applies more generally to any situation where a citizen’s actions affect all of their neighbors, as in this case the economy “externalities.” I am grateful to the wise and caring city officials and to the volunteers and officials of the Princeton Environmental Commission and Sustainable Princeton for their efforts to address this issue. Thank you all.