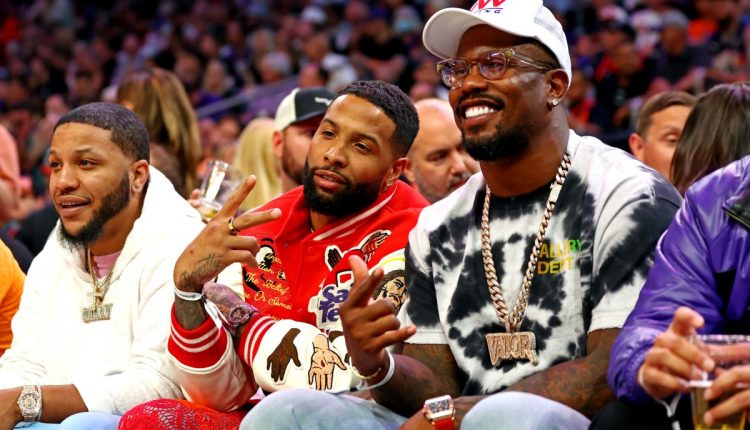 Miller exited the game with the training staff right before halftime. Miller would enter the medical tent before coming out and talking to teammates and coaches before him being carted off the sideline.

It is believed that Miller is dealing with a knee injury, and … It was a sight that top free-agent wide receiver and Bills target Odell Beckham Jr. did not want to see after he himself having to fight through recovering from an ACL injury.

Beckham, who is interested in joining the Bills and Dallas Cowboys, among other teams, as he looks for his next gig, spoke out against turf on Twitter.

Beckham continued: “Place your hands over him Lord. I ask that it not be anything too serious. I love u brother prayin hard!”

The injury is adding more fuel to the fire in the war against artificial turf fields. Players have spoken out, asking team owners to switch to natural grass, citing safety issues.

Miller has been a vocal recruiter of OBJ, openly trying to team back up with him in Buffalo after the two of them won a Super Bowl with the Rams last February.

Thanks for reading our SI-powered coverage of your Buffalo Bills … Bills Mafia! Get your Buffalo game tickets from SI Tickets … here!

Neighbors’ landscaping dispute leads to a daylong standoff in Cornish