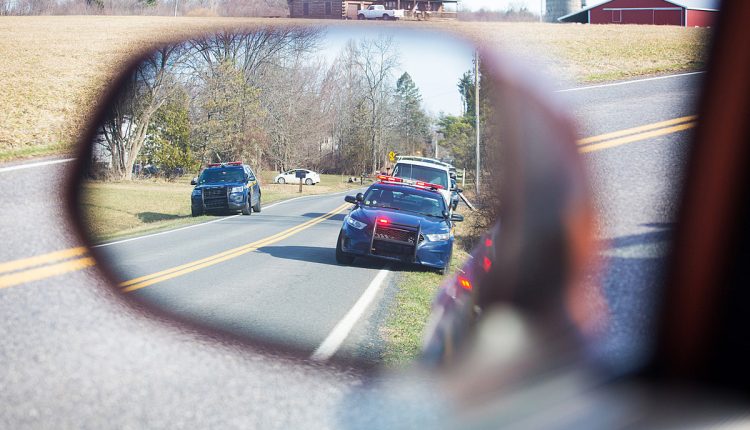 Anyone spot a missing company vehicle? Police say a New York state woman lead officials on a chase that covered both sides of the Thruway Sunday afternoon. The pursuit would lead through multiple counties, and eventually involve authorities using a tire deflation device to stop the truck, that had been allegedly stolen from a local landscaping company the day before.

New York State police said in a press release that they received multiple calls Sunday of a truck driving erratically on eastbound I-90. When Troopers tried to stop the truck the driver failed to comply and the chase was on. However, officials would temporarily call off the pursuit when the truck left the Thruway at Exit 34 in Canastota in Madison County.

Only two hours later, the same truck was reported back on the Thruway, this time traveling erratically westbound. This lead to the second pursuit of the day involving the same vehicle, and this time offcials were able to stop the truck with the deflation device in the town of Henrietta in Monroe County,

Police said they took a 27-year-old female, who was allegedly driving the stolen truck, into custody and have charged her with multiple crimes. State Police contacted a landscaping company which owned the vehicle, who confirmed the truck was seen on video surveillance being stolen Saturday.

A trip from Florida to New York back in March 2021 ended up costing a New York state man. Police say the 25-year-old man rented a U-Haul to drive to New York, but then never returned it. Apparently, this man had a master plan though to prevent getting caught. Officials say he spray painted the truck all black.

If you’ve ever seen a poorly spray painted vehicle it’s quite a sight. Syracuse.com says the Bossvale, NY man had been hiding the creepy looking painted truck, in an attempt to elude authorities. But his luck ended when the truck was discovered by police in Vienna, NY during a burglary investigation.

Police say that upon discovery, the man had also removed the U-Haul’s catalytic converter at some point. Catalytic converter thefts have skyrocketed in recent times, as the stolen parts can be resold on the black market for big bucks.

See the Must-Drive Roads in Every State

LOOK: See how much gasoline cost the year you started driving

To find out more about how has the price of gas changed throughout the years, Stacker ran the numbers on the cost of a gallon of gasoline for each of the last 84 years. Using data from the Bureau of Labor Statistics (released in April 2020), we analyzed the average price for a gallon of unleaded regular gasoline from 1976 to 2020 along with the Consumer Price Index (CPI) for unleaded regular gasoline from 1937 to 1976, including the absolute and inflation-adjusted prices for each year.

Read on to explore the cost of gas over time and rediscover just how much a gallon was when you first started driving.

Plant your trees and shrubs in fall: Dan Gill explains why woody landscaping should go in now | Home/Garden