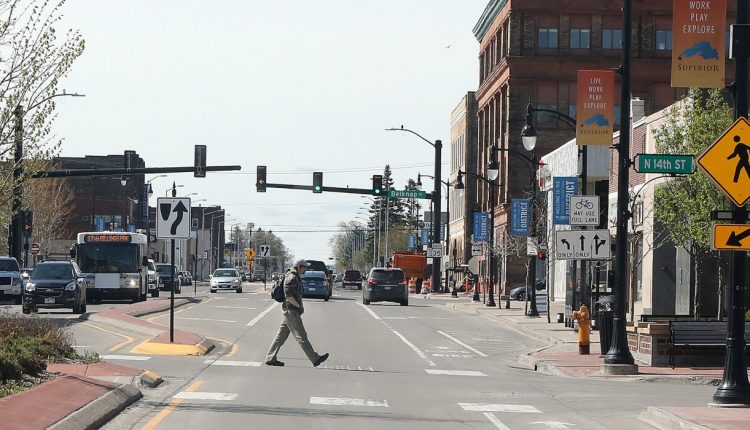 SUPERIOR — Come spring, the city could be announcing the first participants in a pilot project designed to improve neighborhoods.

The Scenery and Home Superior Landscaping project developed by City Council President Jenny Van Sickle would invest $30,000 over three years to improve the landscape of six owner-occupied homes in neighborhoods across the city.

The plan commission Wednesday, Dec. 21, gave the pilot project its stamp of approval; now it’s up to the council to decide Jan. 3 if the program will be implemented in 2023.

Van Sickle worked with planning staff to revise the original proposal, including doubling the funding for a bigger impact; changing the application review process; and expanding eligibility. Originally, the pilot project would have targeted neighborhoods eligible for Community Development Block Grant funds through the US Department of Housing and Urban Development, but now anyone can apply.

CDBG eligibility would certainly be a box to check in reviewing applications, but it wouldn’t prohibit anyone living anywhere in the city from applying for the program, said Stephanie Becken, planning assistant.

“I’m glad to see it went citywide, so all of the citizens have an opportunity,” said Commissioner Dennis Dalbec.

The pilot project would still provide landscaping services for three homes in 2023 and three additional homes in 2024, with one year of maintenance to follow the installation of new landscaping. It would be paid for through the city’s Neighborhood Improvement Fund. Preference would be given to high visibility areas such as those along thoroughfares and corner lots.

“I think it just stands to have a really positive impact on neighborhoods in Superior,” Van Sickle said.

When she was developing the pilot project, Van Sickle said she had the idea that grouping the homes in a neighborhood may provide a bigger impact. However, she said during a conversation with the city’s housing planner, Jeff Skrenes, she reconsidered because of the contagiousness of pride — homeowners might see their neighbor’s property and decide to tackle projects of their own.

Commissioner Brent Fennessey said it makes sense to fund the program from the Neighborhood Improvement Fund, but questioned how that money would be spent normally.

Mayor Jim Paine said how that fund has been used has changed quite a bit since he’s taken office. It was primarily spent on abatements, such as clearing unshoveled sidewalks and razing uninhabitable structures. However, the city has since adopted a housing recycling program, reducing the number of houses the city razes, which has allowed that fund to grow.

“We didn’t think twice about actually spending much more to tear down neighborhoods, so to me it’s an easy thing to do,” Paine said.

“I think this is a great program, especially that it’s a pilot just to try it out,” Fennessey said. “It’s well thought out, well laid out. You have obviously put your time and effort into it. I still just struggled to see the value in it. Donate $30,000. I know it’s not a lot in the grand scheme of things but spending $30,000 on just six homes?”

He questioned whether the money could be put to better used by focusing on entrances to the city rather than spreading it out in neighborhoods throughout the city.

“It’s a way to invest in the people who have a life in our neighborhoods,” Van Sickle said.

Commissioner Lindsey Graskey said oftentimes homeowners just don’t know how to do the kind of landscaping that can improve a neighborhood, and the program offers the opportunity to learn as well. The pilot project could have a ripple effect through a neighborhood and could create the vision to bring back a neighborhood.

People only have to look at the improvement to Tower Avenue after trees and plants were added to see the impact landscaping can have, Dalbec said.

“I think this will do the same for neighborhoods,” Dalbec said.

The pilot project and Tower Avenue are exactly an apples-to-apples comparison, Paine said, and he agreed there is a benefit to investing in neighborhoods; the Tower Avenue project led to millions of dollars in new investment downtown.

Dalbec made the motion to approve the Scenery and Home Superior Landscaping pilot project with the condition that the program is reevaluated before renewal.

Fennessey was the only commissioner on the nine-member panel to vote against the pilot project.