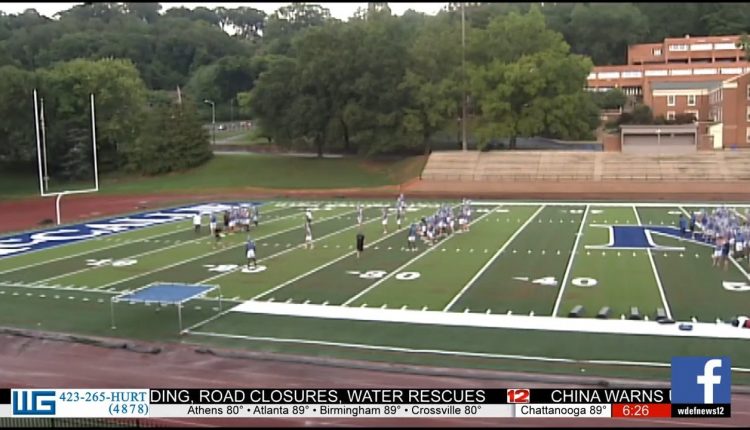 Chattanooga-(WDEF-TV) When McCallie takes the field this fall, they’ll be playing on brand new artificial turf. The new surface was just completed on Monday, and the team enjoyed their first workout on the new turf Monday night. McCallie head coach Ralph Potter says the new turf was needed.

Said Potter: Well it’s a lot better. It’s a little cushy. We had that last turf for about ten years, and it had lived it’s life span. had some problems with its foundation. It was a little bit lumpy. I am a fan of turf. I mean the way it is now. I’ve gotten so used to being on turf that it seems unnatural when you go to natural grass.”