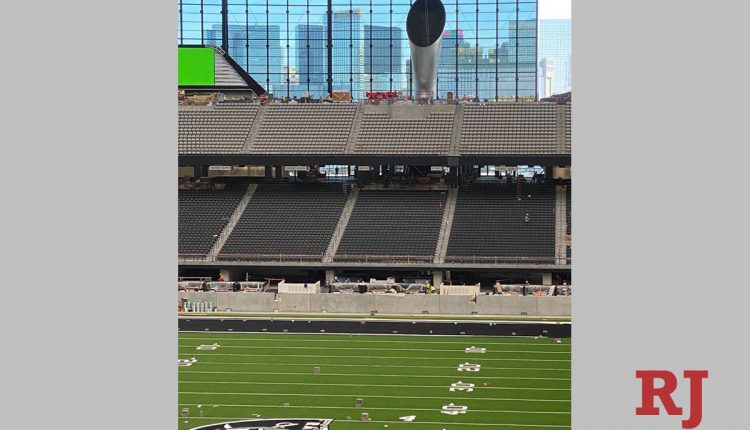 The crews at Allegiant Stadium gave an early glimpse on Wednesday of what the 65,000-seat facility will look like on Raiders match days.

In the $ 2 billion stadium, an artificial turf field with the legendary pirate shield logo of the Raiders could be seen. This was the first time the team’s logo was placed on the floor of the facility.

The artificial turf is not used during the Raiders match days. It will serve as a cosmetic feature when the team offers tours of the stadium.

The Raiders play in a meadow that is stored outside on a 4-foot high, 9,500-ton tray on non-game days. The tray rolls in and out of the stadium through a 14 x 240 foot opening at the south end of the stadium.

UNLV football will play on an artificial turf field in the stadium for their matches.