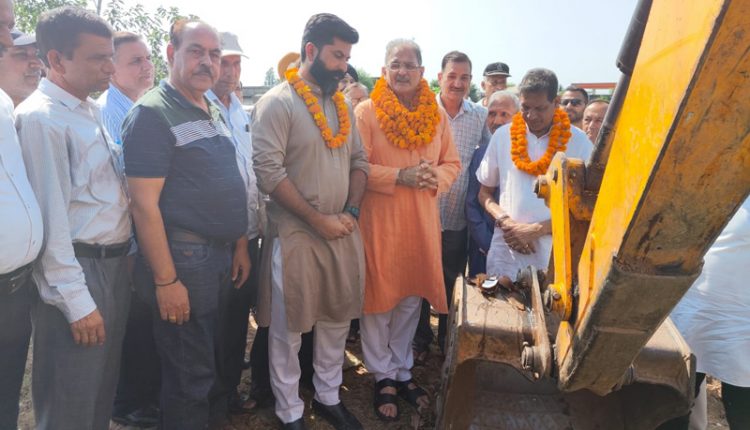 JAMMU, Oct 12: Senior BJP leader and former Deputy CM, Kavinder Gupta here today started beautification and landscaping works in Ward No. 68 with an estimated cost of Rs. 32 lakh.
Speaking on the occasion he said that BJP Government led by PM Modi has ensured full integration of J&K with India and now there is no meaning of separating this part of the country from others by using old tactics.
He said that the order for voting rights to outsiders living in Jammu for over one year is in line with constitutional provisions and therefore those opposing the same are trying to misguide the people which the BJP government will never allow.
Giving all the credit of beautiful landscaping and clean environments of Jammu city to PM Modi led Central Government, Kavinder said that proper vision and meaningful strategies have transformed this place from messy urban center to one of the cleanest cities of the country.
He cited green towers, wall carvings, dazzling lighting systems on Bahu Fort walls etc in this regard.
Others who accompanied the BJP leader were Vinay Gupta, district president; Anil Kumar, Councilor; Narinder Gupta, Darshan Grover, Jameet Singh and Naresh Singh.

The Leading Daily of Jammu and Kashmir, India