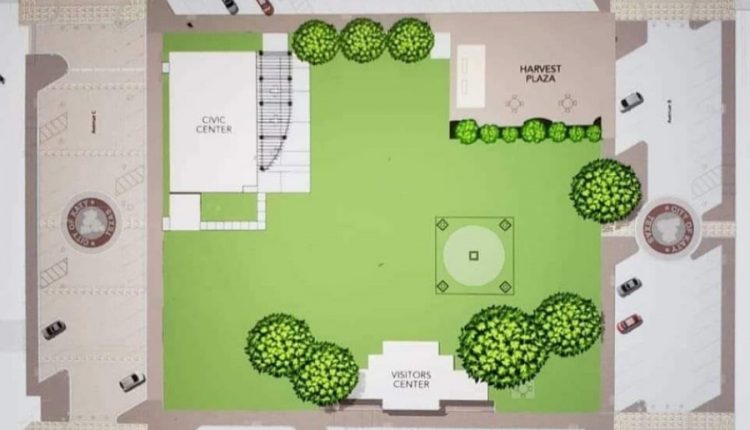 Katy City Council, at its January 11th session, voted to approve the final landscaping plan for the Downtown Plaza project. In the meantime, this step will make the space usable before further architectural designs are decided. The project is expected to take 45 days, a schedule that Katy City Council says has already started.

“We’d want to wet the whole area with grass now,” said Mayor Pro Tem Chris Harris. “That way it can be used in early spring and then we have time for some kind of design.”

The landscaping, to be carried out by the local company Earth First, was one of several elements of the project that was delayed due to the coronavirus pandemic, coordination with utilities, and uncooperative weather conditions. City council members voted to move forward with landscaping to avoid future delays.

“This project has been going for a long time and has had many different challenges along the way,” said engineer Chris LeBlanc. “Unfortunately, COVID and the limitations of COVID over the past calendar year resulted in a project where we had to ask ourselves last year, ‘Well, how can we move this project forward and make the space usable while we move on trying to work towards the ultimate vision? ‘”

One element that contributed to the delays was the relocation of an existing center point service pole. Harris said coordinating with Centerpoint would take time and effort.

“Unfortunately, they just don’t move that fast,” said LeBlanc. “This delayed our project as the underground power supply to the civic center was at odds with one of the foundations for our grid. This is part of the Hardscape project that is in the back of the civic center. This has delayed the concrete placement and is the reason why this project has not progressed any further. But all of these things have been corrected and now we are ready to mobilize again and proceed with construction and we are pretty confident at this point that there should be no further delays. “

Voting to move forward with landscaping would allow the area to be harnessed while the city pushes the architectural design and funding process, LeBlanc said.

“We have some street trees,” said LeBlanc. “I think we have three dedication trees that were important in getting into the ground. And generally we have a cleanup of the existing Harvest Plaza area – as well as what we originally planned. … That makes it a usable parking space in the short term while we continue to raise money, largely through the various sources of funding we have for the project. “

The city council also discussed possible ways like Survey Monkey or a public comment email address for the space to get public feedback on how to continue designing the space after the landscaping is complete.

“This project taught me never to give the public data on when something is done,” said Harris. “I’m not going to be negative, but I’m just going to say it’s really unfortunate how all of this is played. Downtown companies don’t like to look at something under construction for four years. “