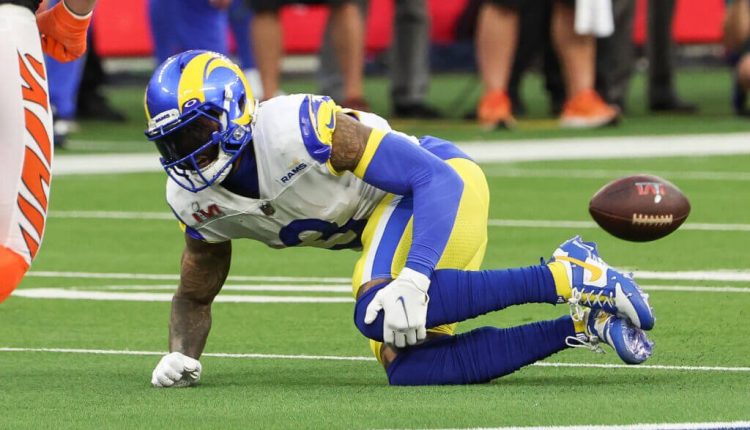 Is NFL’s injury risk similar on artificial turf versus grass?

Attention last week in the NFL focused on concussion protocols in the wake of the Tua Tagovailoa concussion situation, but the league also doubled down on a charged player health and safety position: that there is a negligible difference in lower extremity injuries on artificial turf versus grass fields.

The issue arose again because of Giants wide receiver Sterling Shepard’s non-contact injury on the MetLife turf in last week’s Monday Night Football game when he tore his left anterior cruciate ligament in a non-contact situation and ended his season. This followed Odell Beckham Jr. suffering the same injury during the Super Bowl played at SoFi Stadium, which also deploys artificial turf.

The question is whether cleats are more prone to catch on artificial turf than on natural grass, which gives more.

“Big picture, the lower extremity injury rates between natural grass and synthetic surfaces over the past few years has decreased to the point where it’s almost nonexistent right now,” said Jeff Miller, the NFL’s executive vice president of communications, public affairs & policy; health & safety initiatives. “So, as a general matter, looking simply at a synthetic surface or a natural grass surface, it doesn’t really yield us a whole lot.”

Asked for the data behind the claim, the league declined to provide it.

The assertion runs counter to some published medical literature. A 2018